Who could resist this face? 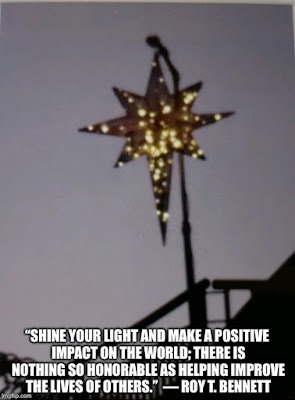 Merry Christmas to all!  May it be a day full of joy, peace, and love shared with family and friends.

The first Christmas, according to calendar maker Dionysus Exiguus, 1
The earliest possible date that Christmas was celebrated on the 25th, 337
The first definite date that Christmas was celebrated on the 25th, 352
Coronation of Charlemagne as Holy Roman Emperor, in Rome, 800
William I, Conqueror, is crowned king of England, 1066
Boudouin I of Boulogne is crowned king of Jerusalem, 1100
Count Roger II of Sicily is crowned the first King of Sicily, 1130
St Francis of Assisi assembles the first Nativity scene, in Greccio, Italy, 1223
The city of Natal, Brazil is founded., 1599
Gov William Bradford of Plymouth forbids game playing on Christmas, 1621
The Massachusetts General Court ordered a fine of five shillings for "observing any such day as Christmas", 1651
The first performance of "Silent Night" takes place in the church of St. Nikolaus in Oberndorf, Austria, 1818
Louisiana & Arkansas are the first US states to observe Christmas as holiday, 1831
Despite bitter opposition, Pres Andrew Johnson grants unconditional pardon to all persons involved in Southern rebellion (a/k/a the Civil War, or, tongue planted firmly in cheek, that recent unpleasantness between the States), 1868
The legendary/unofficial "Christmas Truce" takes place between the British & Germans, 1914
Emperor Taisho of Japan dies; his son, Prince Hirohito succeeds him as Emperor Showa, 1926
Montgomery Ward introduces Rudolph the 9th reindeer, 1939
The first in Europe artificial, self-sustaining nuclear chain reaction was initiated within Soviet nuclear reactor F-1, 1946
The Stone of Scone, traditional coronation stone of British monarchs, is taken from Westminster Abbey by Scottish nationalist students, 1950
Richard Starkey gets his first drum set for Christmas, 1957
Apollo 8 performs the very first successful Trans Earth Injection (TEI) maneouver, sending the crew and spacecraft on a trajectory back to Earth from Lunar orbit, 1968
Cyclone Tracy devastates Darwin, Northern Territory Australia, 1974
Prime Minister of Israel Menachem Begin meets in Egypt with President of Egypt, Anwar Sadat, 1977
The first successful trial run of the system which would become the World Wide Web, 1990
Mikhail Gorbachev resigns as president of the Soviet Union (the union itself is dissolved the next day), 1991
Cassini orbiter releases Huygens probe which would later successfully land on Saturn's moon Titan, 2004
Queen Elizabeth II shares her Christmas Message with her Commonwealth subjects, referencing the 'humbling' experience of her diamond jubilee celebrations and the 2012 Summer Olympics;the speech is the first to be /broadcast in 3D, 2012
Pope Francis gives his annual Christmas address from the Vatican, praying for groups that included refugees and exiles, persecuted Christian communities, and workers fighting the Ebola epidemic, 2014
Posted by messymimi at 12:00 AM

I am sure the dog will find love and acceptance in its new home. A blessed Christmas to you and love ones!

That face - such a cute dog but then I'm a bit biased as it's an Australian Cattle Dog. Love that quote - I think we're all going to have very similar themes today.
Hope your Christmas is a really special one.

Aww! and just in time for the festivities heheh!

Happy Christmas to you have a lovely day :-)

And a wonderful and blessed Christmas to you and your family.

Very nice spark. I am glad this cutie has a new forever home for Christmas! I hope you and your family have a wonderful Christmas! XO

have a wonderful happy day today and everyday! What a gift you are to all of us!

What a sweet canine face. Funny enough, my spark features the star from my tree. Merry Christmas!

Meowry Christmas Blessings and thank you for stopping by today to purr fur us... -Katie the Mom

A forever home...the best of presents!

Merry, Merry Christmas, dear Mimi! I hope y'all are having a grand time celebrating. :)

Mimi, I love this. YES. THIS is what it is all about! Thank you, sweet friend. HUGS.
Bill is back on the road, but will have another long weekend. I am trying very hard to keep up, but will be unplugged again this weekend. But, I will catch up, then.

I am wishing you and yours a beautiful and blessed New Year's 2018! I know you had a wonderful CHRISTmas holiday. This post is perfect. Happy to be here. Laughing out loud going through all the cool stuff you share and when did Jimmy Buffet get to be 71?! Oh my goodness, I guess we all young at heart at any age. Thank you Mimi! HUGS