A to Z: Vanquishing Spider Webs, a Lucky Throw (Wordless Wednesday) and Vacation (Words for Wednesday) 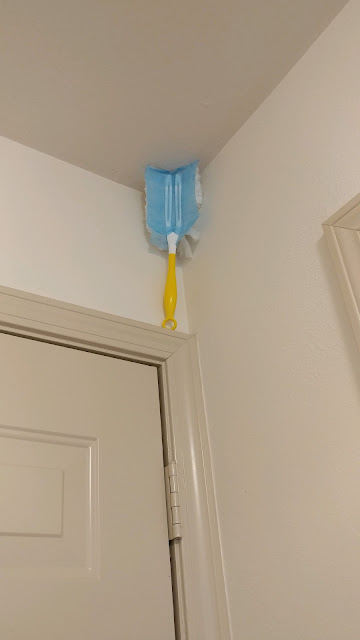 Words for Wednesday is a moveable feast of word or picture or music prompts that encourages us to write stories, poems, or whatever strikes our fancy.  This month, the prompts are being posted by Elephant's Child.

And a photo to use or ignore as well. 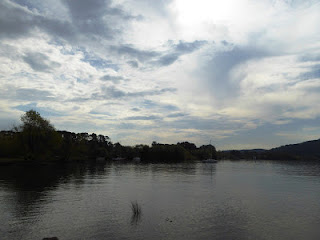 “This is so much more fun than a ZOO!” he chortled gleefully.

She put on a THIN smile to try to hide the fact that she was a bit FRIGHTENED.  She didn’t want to appear SULKY, after all.  He had put up with going to a couple of museums that held little interest for him, the least she could do on their shared vacation was go with him to see alligators in their natural habitat.

He was very INQUISITIVE, asking their guide question after question about all of the swamp creatures.  He was FEARLESS when the guide snatched a baby alligator out of the water and let him hold it; she wouldn’t go near it for any PRICE.  It looked so UNWIELDY and it squirmed, and she had an unreasonable feeling that its mama was going to come roaring out of the water and STOVE in the side of the little boat, landing them right where they would be ‘gator bait.

Once they were back at the landing, heading for their rental car, he was still grinning from ear to ear as he said, “Well, I can SCRATCH holding an alligator off of my bucket list!  Thank you so much, sweetheart, for indulging me in this.  How about I take you out for a dinner fit for the WEALTHY?”

She looked at him with a real smile and said, “I’ll even wear that FLOWERY dress you like so much!”

DNA Day -- structure of DNA first published this day in 1953; human genome project ended today in 2003; related observance
DNA Day -- a day for teachers, students, and everyone to learn more about genetics and genomics sponsored by genome.gov and the Smithsonian

Mesir Paste Festival -- Manisa, Turkey (mesir paste is a blend of 41 different spices and is intended as a general cure-all and tonic; lots of craft exhibitions, concerts and sporting tournaments, as well as traditional throwing of paste off minaret of the Sultan Mosque; through Sunday)

National Golf Day -- We Are Golf sponsors this day, and is holding an event on Capitol Hill today, too

Vallenato Legend Festival -- Valledupar, Colombia (one of Colombia’s most important music and folk festivals; through Apr. 30)

Lysander's Spartan Armies defeated the Athenians and the Peloponnesian War ends, BC404
German geographer and mapmaker Martin Waldseemuller publishes his Cosmographiae Introductio map in which he gives the American continents their name, 1507
Highwayman Nicholas Pelletier becomes the first person executed by guillotine, 1792
Charles Fremantle arrives in the HMS Challenger off the coast of modern-day Western Australia prior to declaring the Swan River Colony for the United Kingdom, 1829
The last survivors of the Donner Party arrive back in civilization, 1847
The Governor General of Canada, Lord Elgin, signs the Rebellion Losses Bill, outraging Montreal's English population and triggering the Montreal Riots, 1849
British and French engineers break ground for the Suez Canal, 1859
New York State becomes the first US state to require automobiles to be licensed, 1901
First DC Comic with Batman is published, 1939
Fifty nations gather in San Francisco, California to begin the United Nations Conference on International Organizations, 1945
Francis Crick and James D. Watson publish Molecular structure of nucleic acids: a structure for deoxyribose nucleic acid describing the double helix structure of DNA, 1953
The St. Lawrence Seaway, linking the North American Great Lakes and the Atlantic Ocean, officially opens to shipping, 1959
Robert Noyce is granted a patent for an integrated circuit, 1961
Israel completes its withdrawal from the Sinai peninsula per the Camp David Accords, 1982
American schoolgirl Samantha Smith is invited to visit the Soviet Union by its leader Yuri Andropov after he read her letter in which she expressed fears about nuclear war, 1983
Pioneer 10 travels beyond Pluto's orbit, 1983
The Hubble Telescope is deployed, 1990
The Human Genome Project comes to an end 2.5 years before first anticipated, 2003
The final piece of the Obelisk of Axum is returned to Ethiopia  after being stolen by the invading Italian army in 1937, 2005
Bulgaria and Romania sign accession treaties to join the European Union, 2005
The U.S. government 'condemns' international media outlets, including 'The New York Times' for publishing confidential files, 2011
The United Kingdom reopens its embassy in Somalia after 22 years, 2013
A 7.9-magnitude earthquake hits Nepal, causing over 2,400 deaths, fatal avalanches on Mt. Everest, and destruction of historic sites such as the Dharahara tower, 2015
Posted by messymimi at 12:00 AM

You always write such positive upbeat stories. Thank you so much for joining us - and for commenting so kindly.

Baby gator or not, that guy is stupid, crazy! I wouldn't dare hold one. They can do a lot of damage. It makes you wonder where people's brains are, right? I see idiots all the time in the Smoky's inch their way closer and closer to bear or elk. All it takes is sec and things can get ugly in a heartbeat. Good story. I see that it's the Godfather's birthday (Al Pacino). :) Victory is nearly ours, dear friend. Happy A2Zing!

Great post and I sure wouldn't want to hold a baby gater. Not a good idea. But we really like how you put that story together using all those words. Well done. Have a great day.

What the heck? Ha,ha,ha. Have a great Wednesday Mimi. See ya.

Great story. I am glad that is not on my hubby's bucket list :) Did the duster get stuck up there? :)

I'm not sure I get the duster pic. Spider prevention and a lucky throw? BTW I've held a baby gator, but it's mouth was taped shut.

That was a perfect throw indeed. At least the web is gone.

What a story. Crazy story. Yikes. Well done as always.

Happy ending for the couple! I wouldn't dare hold a baby gator!

The first picture is one way to keep spider webs from the ceiling corners.

You certainly have been busy!

I love your story! Such a busy day today!

That picture is hysterical :-)