Just because Sandee of Comedy Plus no longer hosts Silly Sunday does not mean i will quit telling Cajun jokes.

Yesterday's visit to Grandma and Grandpa's house went very well, and we got to go spend time with my brother, the children's Uncle P, and his wife.  While at their house, we asked if he wanted to come to the flea market with us, and he said that no, he was going to be lazy and spend his Saturday at home sleeping.

Boudreaux's boss done call him in de office an' say, "Boudreaux, you be my frien' as well as my employee, so I gots to be honest wit' you.  You be de laziest employee I done got here!  You allus be tryin' to get out o' de work, an' you take you extra long lunch breaks, an' I know you rather be home ever' day sittin' an' not workin' at all!"

An' Boudreaux say, "Mais!  You done bring me to tears!  You be my true friend an' de only one dat really unnerstan' me!"

My sister-in-law is an artist: 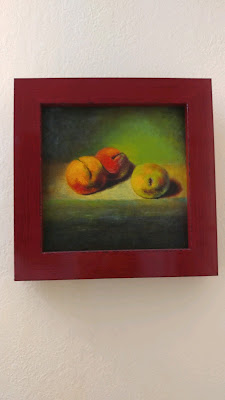 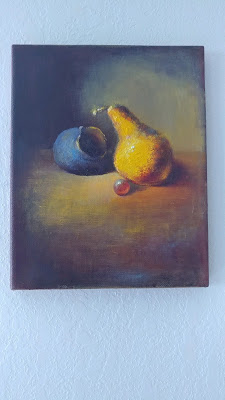 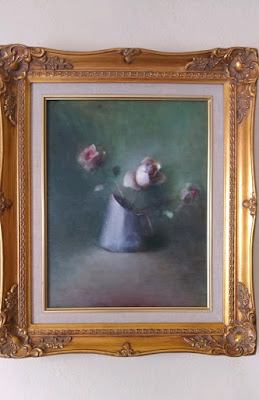 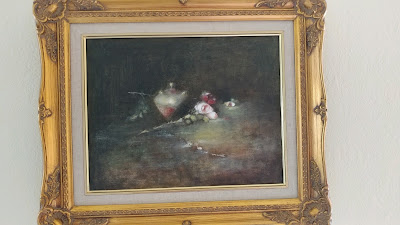 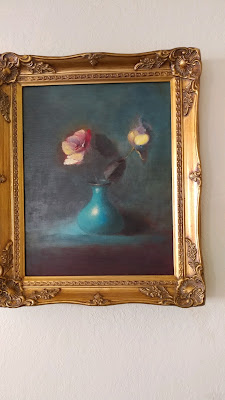 Portuguese navigator Pedro Cabral becomes the first European to sight Brazil, 1500
President George Washington attends a performance of Rickett's, the first circus in the US, 1793
Thomas Stevens sets out from San Francisco on the first round the world journey by bicycle, 1884
The Oklahoma land rush begins at noon; thousands rush to claim land, and the towns of Oklahoma City and Guthrie are formed within hours with populations of over 10,000 each, 1889
Pravda begins publication in St. Petersburg, 1912
The Germans begin using poison chlorine gas as a chemical weapon, 1915
British yachtsman Sir Robin Knox-Johnston completes the first solo non-stop circumnavigation of the world, 1969
The first Earth Day is celebrated, 1970
The Holocaust Memorial Museum in Washington, D.C. is dedicated, 1993
Japan's Prime Minister Junichiro Koizumi apologizes for Japan's war record, 2005
Four Canadian soldiers are killed 75 kilometers north of Kandahar, Afghanistan by a roadside bomb planted by Taliban militants, the worst single day combat loss for the Canadian army since the Korean War, 2006
The Pope, Benedict XVI, becomes the first pontiff to participate in a televised interview session, 2011
Posted by messymimi at 12:00 AM

Your sister in law is indeed an artist. And an accomplished one.
Glad your family visit went well.

Your sister in law is a gifted person.

Wow! Your sister - in - law has done some great art. What other type of art work does she do?
See ya Mimi.

We had a best friend in college who was Cajun. He kept us laughing all the time. I'm not sure if it was the jokes he told or the accent. Love your SIL's art.

I love your jokes. That one is a knee slapper and then some.

Your sister in law is a very fine artist. Impressive.

Never too much Boudreaux.

I love the joke! Your SIL is a good painter! Have a wonderful new week!

Love the Cajun joke and the paintings! I also like knowing whose b-day it is in history and other facts of note. Thanks!

Your sister-in-law is very talented.