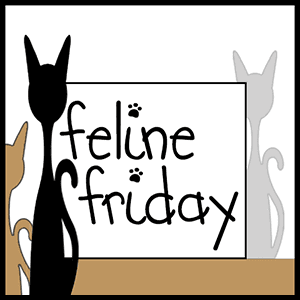 Kitten has a lopsided mustache: 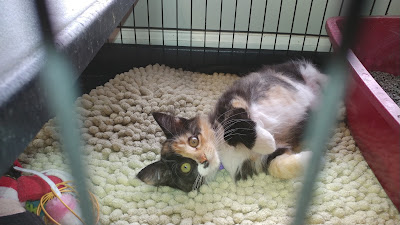 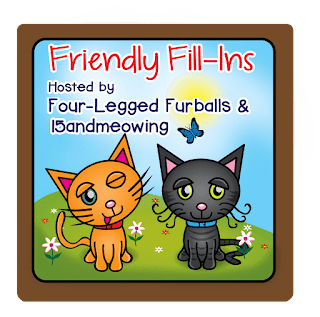 1. Superbowl Sunday is of no interest to me after the snafu with the NOLA team.

2. Watching most things on TV bores me.

3. If you have The Lord, love, and family, you have everything.

4. My skill set could get me a job at any fast food restaurant, which is why i am a janitor, it pays a bit better.

Winterlude Festival -- Ottawa, ON, Canada (enjoy parades, dances, snow races, and more; through the 18th, with most of the festivities on weekends)

Teenaged Edward III is crowned King of England, but the country is ruled by his mother Isabella of France and her lover Roger Mortimer, 1327
The Colony of Roanoke Island is established by the landing of Sir Walter Raleigh, 1587
Alexander Selkirk, the inspiration for Robinson Crusoe, is rescued from the uninhabited archipelago of Juan Fernandez, 1709
The Ottoman sultan orders the capture of his unwelcome guest, King Charles XII, resulting in the Kalabalik i Bender (Tumult in Bender), 1713
The first US steamboat patent is issued, by Georgia, to Briggs & Longstreet, 1788
The capital of Upper Canada is moved from Newark to York, 1796
The American Insurance Company of Philadelphia opens, the first such company managed by blacks, 1810
Volcano Mayon on Luzon, Philippines erupts killing 1,200, 1814
Slavery is abolished in Mauritius, 1835
The first US dental school, the Baltimore College of Dental Surgery, is incorporated, 1840
Auburn University is chartered as the East Alabama Male College, 1856
Morris Raphall of NYC becomes the first rabbi to open the House of Representatives, 1860
Julia Howe publishes the "Battle Hymn of the Republic," 1862
Jefferson Long of Georgia is the first black to make an official speech in the House of Representatives (opposing leniency to former Confederates), 1871
The first volume of A New English Dictionary, A to Ant,later called the Oxford English Dictionary, A-Ant, is published, 1888
Thomas Edison completes the world's first movie studio, in West Orange, N.J., 1893
The first auto insurance policy is issued, by The Travelers Insurace Co., 1898
China's empress Tzu-hsi forbids binding woman's feet, 1902
The first US federal penitentiary is completed, at Leavenworth, Kansas, 1906
Russia adopts the Gregorian Calendar, 1918
The Royal Canadian Mounted Police forms as Royal Northwest Mounted Police merge with Dominion Police, 1920
The United States Army launches Explorer 1, 1958
Four black students stage the first of the Greensboro sit-ins at a lunch counter in Greensboro, North Carolina, 1960
The Hamilton River in Labrador, Canada is renamed the Churchill River in honour of Winston Churchill, 1965
Canada's three military services, the Royal Canadian Navy, the Can
adian Army and the Royal Canadian Air Force, are unified into the Canadian Forces, 1968
Director Roman Polanski skips bail and flees the United States to France after pleading guilty to charges of engaging in sex with a 13-year-old girl, 1978
The Ayatollah Khomeini is welcomed back to Tehran, Iran after nearly 15 years of exile, 1979
Lillian E. Fishburne becomes the first female African American to be promoted to rear admiral, 1998
Space Shuttle Columbia disintegrates during reentry into the Earth's atmosphere, killing all seven astronauts aboard, 2003
Johanna Siguroardottir is elected as the first female Prime Minister of Iceland, 2009
Myanmar's first freely elected parliament in 50 years has its opening session in Nay Pyi Taw, 2016
Archaeologists announce that the discovery of thousands of undetected structures in Mayan lowland civilisation, Guatemala, using Lidar technology, suggests there was a population of 10 million, 2018
Posted by messymimi at 12:00 AM

Kitten is a cutie.

The kitty has big round eyes!

I don't think I want any work of art enough to put up with the stink of melted Tupperware...
(And I would have just combined fill-ins #1 & #2 and called it a day!)

What a cute one Kitten is heheh love the pose

Your no.2 fill-in made me laugh heheh!

That is a cute kitten. Apart from a few quiz shows, watching TV bores me too.

Such a sweet, sweet kitten and lovely fillins ~ fun!

Happy Friday to you,
A ShutterBug Explores,
aka (A Creative Harbor)

Aw that kitty is adorable.

Love your fill-ins. We don't have television. We have Netflix and Amazon Prime. We just don't want to watch mainstream television. Your answer to #3 I could have written for you.

Oh she is such a cutie kitty! Great answers, yes, NOLA got robbed!

The Tribe of Five says two paws up for #3!
Purrs & Head Bonks,
Oliver

Thank you for participating in the fill-ins, great answers. Another job you could get is anything to do with writing, you are very talented and creative. I want that kitten! So cute. Have a nice weekend! XO

I am sure it will grow in! Happy Weekend to you!

There is something other worldly about a cat with that many colors.

We watched the Super Bowl but it was such a disappointing game. We were pulling for the Rams but I figured the Patriots would blow them off the field. Defense played well on both sides and the offense was stinking bad. That's what cost L.A. the game, just couldn't get a touch down. It was a low scoring game 13-3. Is that pitful or what?

Oh my goodness, what a precious calico kitty! And thank you for joining in on the Friendly Fill-Ins! I have never been into sports, and that includes the Super Bowl. I do like the Kitten Bowl and Puppy Bowl, though, which air on Super Bowl Sunday. And you are so right with #3. Have a blessed day!