"Let go, daddy!" she called, as he ran beside her new two-wheel bike.

"Please release me, let me go, for I don't love you anymore!" he crooned back, and they both laughed.

It was a tradition with all of the children, singing that to them any time they said the words, "Let go," and when they laughed, he would say, "You know I turned down a job as a backup singer for Elvis to be a doctor, right?"

"Really, daddy, I can do it," she said, so he let go and watched her make it several feet down the sidewalk before she teetered and then put her foot down to stop.

"I did it!" she yelled with delight, and they both grinned ear to ear.

"But I don't want to have to let you go too soon," he whispered to himself.

Linking up with Denise at Girlie On The Edge Blog, where she hosts Six Sentence Stories, and the cue is Release.

Driving home from vacation, i was able to snap a few nice, long country fences (although the fences are nicer than some of the pictures i got): 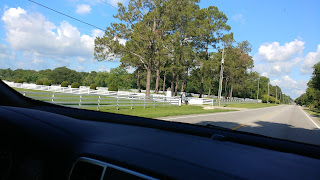 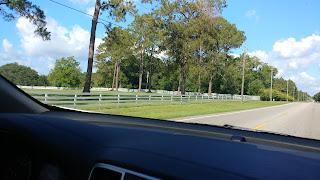 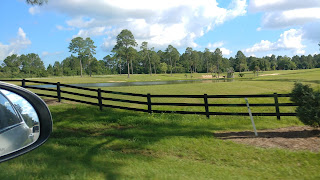 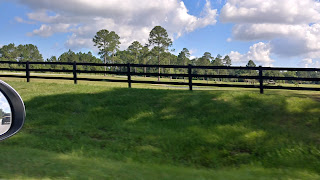 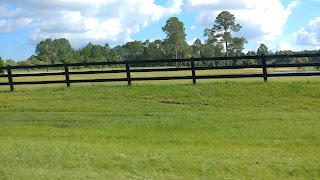 Midsummer's Eve -- many and varying traditions, with some celebrating the day before the solstice, and some always tying it to June 23, St. John's Eve
Night of the Fairy Goddesses Aine and Finnen -- Ireland (watch out for the antics of the little people on Midsummer's Eve, whichever day you celebrate it!)

Shakespeare on the Green -- University of Nebraska, Omaha, NE, US (nonprofit professional productions of the Bard's works, including preshow seminars, workshops, period music and entertainment; this year's performances will be Hamlet and All's Well That Ends Well, through July 7)

The University of Oxford receives its charter, 1214
West Virginia becomes the 35th US state, 1863

Flavius Aetius' battles Attila the Hun; the battle was inconclusive, and Attila retreats, causing the Romans to interpret it as a victory, 451
Jews are expelled from Brazil by order of regent Don Henrique, 1567
The Irish  village of Baltimore is attacked by Algerian  pirates, 1631
A British garrison is imprisoned in the Black Hole of Calcutta, 1756
King Louis XVI of France and his immediate family begin the Flight to Varennes during The French Revolution, 1791
The U.S. vessel SS Savannah, the first steam-propelled vessel to cross the Atlantic, arrives at Liverpool, 1819
Queen Victoria succeeds to the British throne, 1837
Samuel Morse receives the patent for the telegraph, 1840
Alexander Graham Bell installs the world's first commercial telephone service in Hamilton, Ontario, Canada, 1877
Caroline Willard Baldwin becomes the first woman to earn a doctor of science degree, at Cornell University, Ithaca, NY, 1895
A rare June hurricane struck Canada's Gulf of St. Lawrence killing 35, 1959
The so-called "red telephone" is established between the Soviet Union and the United States following the Cuban Missile Crisis, 1963
The German parliament decides to move the capital from Bonn back to Berlin, 1991
The Wikimedia Foundation is founded in St. Petersburg, Florida, 2003
The Internet Corporation for Assigned Names and Numbers grants private companies the right to create new website domain suffixes, 2011
Instagram offers users the ability to upload videos to their service, 2013
Dunedin and Christchurch, New Zealand, have roads cut off and flights cancelled due to adverse weather conditions, 2013
Rome elects its first female Mayor, Virginia Raggi, who is also its youngest ever, at age 37, 2016
The Hungarian government passes legislation that criminalizes aiding undocumented migrants, 2018
Posted by messymimi at 12:00 AM