Yesterday, at Grandma and Grandpa's house, the talk turned to folk remedies.  Grandpa, the retired physician, noted that he put stock in gargling with warm salt water, but not much else.  Grandma noted that at least some of those old remedies seemed to have helped, although most were nonsense.

Boudreaux done be tellin' Aline an' Tee 'bout how hims Grand-mère use do de home remedy when he be a chile.  "When me soeur [sister] an' me done get de mumps, Grand-mère done buy de tin o' de sardine.  Den she take her two kerchief, an' she put half de sardine in each, an' she tie dem round de mumps."

Today, a little of this and that.

From Grandma's house, her latest works: 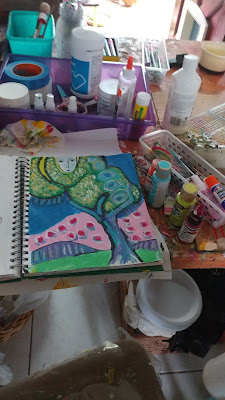 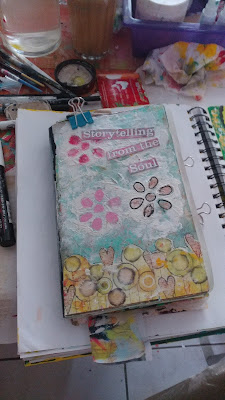 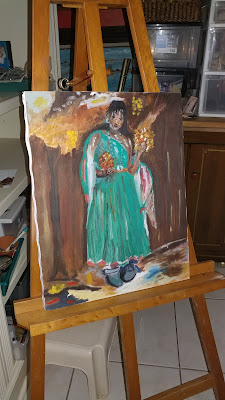 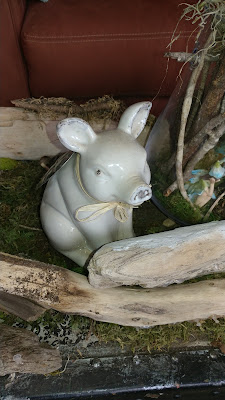 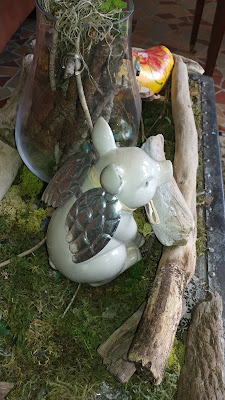 She is always changing up her fairyland: 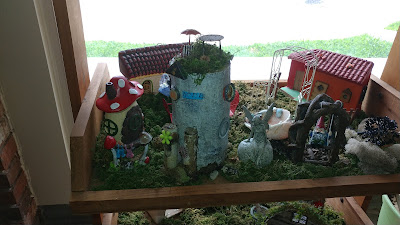 This one is an accurate description of her: 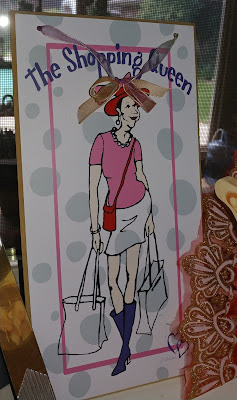 A couple of old family photos (these were hard to get): 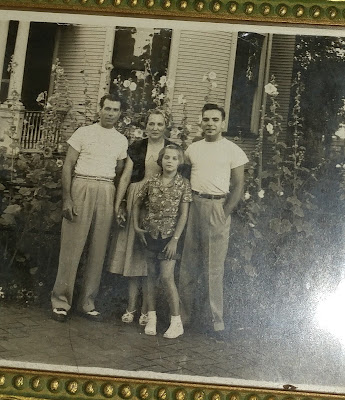 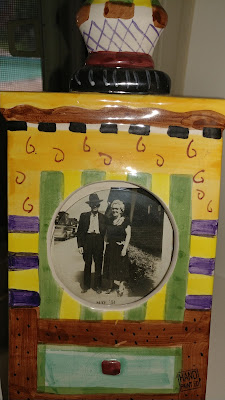 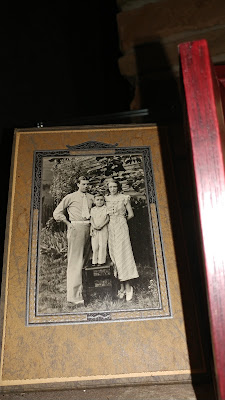 Four more of those fun signs from around town: 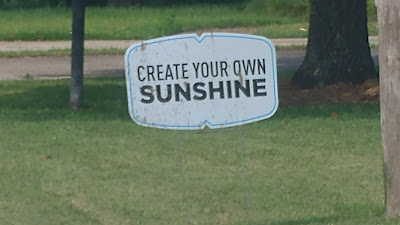 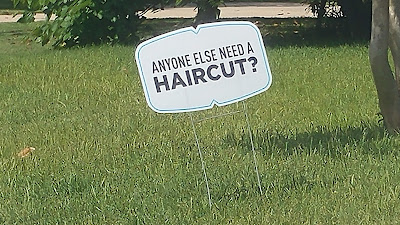 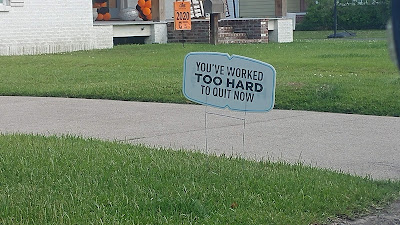 Hope everyone is having a blessed and beautiful Sunday.

Eid al Fitr -- Islam (celebration of the end of Ramadan; began sundown yesterday, runs through sundown on the 26th, although local dating and official government observances may vary)

The Fifth Crusade leaves Acre for Egypt, 1218
Peter Minuit buys Manhattan, 1626
The English  Parliament  passes the Act of Toleration protecting Protestants; Roman Catholics are intentionally excluded, 1689
John Wesley is converted, essentially launching the Methodist movement; the day is celebrated annually by Methodists as Aldersgate Day, 1738
Antonio José de Sucre secures the independence of the Presidency of Quito, 1822
"Mary Had a Little Lamb" by Sarah Josepha Hale is published, 1830
The first passenger rail service in US, from Baltimore to Elliots Mill, Maryland, begins, 1830
Samuel FB Morse taps out the first telegraph message, "What hath God wrought", 1844
The Brooklyn Bridge in New York City is opened to traffic after 14 years of construction, 1883
The United Kingdom annexes the Orange Free State, 1900
Amy Johnson lands in Darwin, Northern Territory, becoming the first woman to fly from England to Australia (she left on May 5 for the 11,000 mile flight), 1930
Igor Sikorsky performs the first successful single-rotor helicopter flight, 1940
Conclusion of the Sixth Buddhist Council on Vesak Day, marking the 2,500 year anniversary after the Lord Buddha's Parinibbana, 1956
Cyprus enters the Council of Europe, 1961
FLQ separatists bomb the U.S. consulate in Quebec City, 1968
The drilling of the Kola Superdeep Borehole begins in the Soviet Union, 1970
The International Court of Justice calls for the release of United States embassy hostages in Tehran, Iran, 1980
Eritrea  gains its independence from Ethiopia, 1991
Israel conducts Operation Solomon, evacuating Ethiopian Jews to Israel, 1991
15-year-old Sherpa  Temba Tsheri becomes the youngest person to climb to the top of Mount Everest, 2001
North Korea bans mobile phones, 2004
London's Metropolitan police remove belongings and sleeping bags of homeless people as part of 'a policy of reducing the impact of rough sleepers on the community', 2013
Kaduna state in Nigeria declares a state of emergency as a moth has destroyed 80% of the tomato crops and factories are shutting down, 2016
The world's largest cat-proof fence (44km) completed at Newhaven Wildlife Sanctuary, central Australia to protect endangered species, 2018
Posted by messymimi at 12:00 AM