Yippee and yahoo, the salons and barber shops are now open.  Sweetie is thrilled.  He can call for an appointment.  The shops are staggering the hours when their stylists and barbers can work so that everyone gets hours without having to all be in there at once.  Clients have to call when they arrive and wait in the car until called in.  It’s a start, though.

In honor of it, he had me color his hair.

Boudreaux done be ready fo’ de hair cut, an’ he make de ‘pointment.  De only time dey gots be while he at work, so since he be de boss, he head him out an tell de people dere, “I be’s goin’ fo’ de haircut, fin’ly!”

An’ Boudreaux say, “Mais oui!  Now lissen!  Hard as it be after dese weeks to done got ourse’fs de ‘pointment fo’ de haircut, I done be declarin’ dat if you hair grow on comp’ny time, you can get it cut on comp’ny time!”

Working on plants is starting to grow on me. ;)  The first pictures are the before and after from a weeding session. 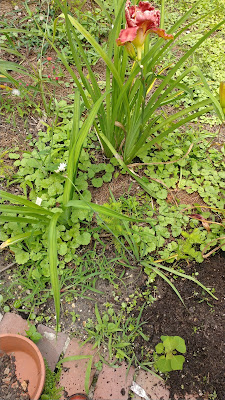 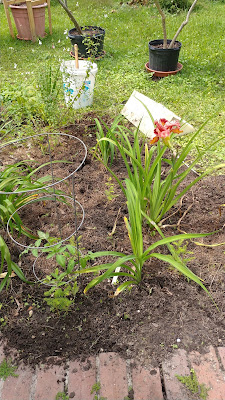 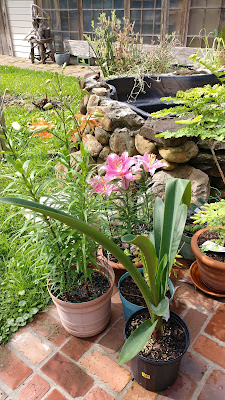 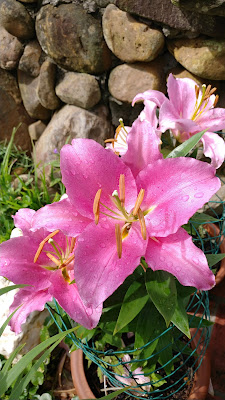 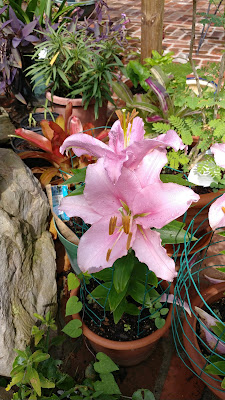 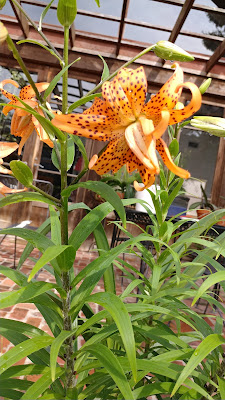 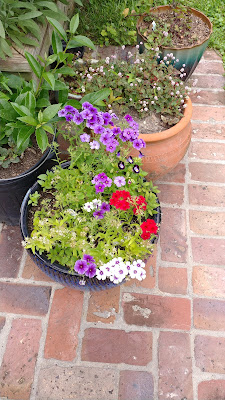 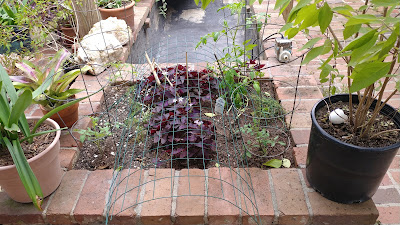 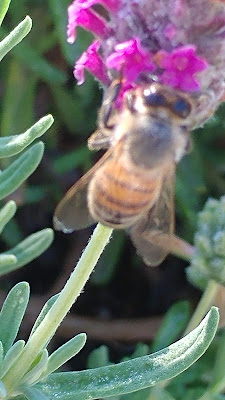 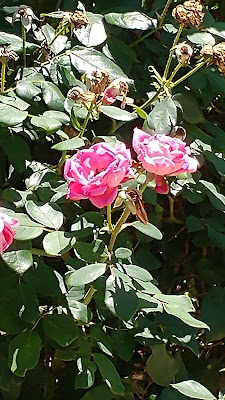 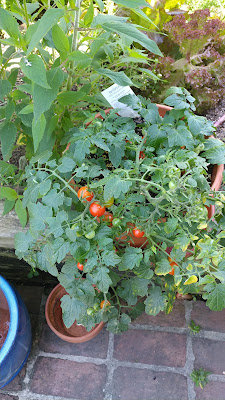 Italian Jesuit Niccolo Zucchi becomes the first to see 2 belts on Jupiter's surface, 1630
Paul Chomedey de Maisonneuve founds the Ville Marie de Montréal, 1642
Frontenac becomes governor of New France (Canada), 1672
Louis Joliet and Jacques Marquette begin exploring the Mississippi River, 1673
England passes the Molasses Act, putting high tariffs on rum & molasses imported to the colonies from a country other than British possessions, 1733
The US Continental Congress bans trade with Canada, 1775
The New York Stock Exchange is founded, 1792
John Hawkins & Richard French patent the Reaping Machine, 1803
Napoleon I of France  orders the annexation of the Papal States to the French Empire, 1809
Occupation of Monaco changes from French to Austrian, 1814
Antoine Joseph Sax patents the saxophone, 1846
Rosalía de Castro publishes Cantares Gallegos, the first book in the Galician language, 1863
Aristides wins the first Kentucky Derby, 1875
Greek archaeologist Valerios Stais discovers the Antikythera mechanism, an ancient mechanical analog computer, 1902
The Columbia Lions and the Princeton Tigers play in the first-ever televised sporting event, a collegiate baseball game in New York City, 1939
The United States Supreme Court hands down a unanimous decision in Brown v. Board of Education of Topeka, Kansas, 1954
Soviet Venera 6 begins its descent into the atmosphere  of Venus, sending back atmospheric data before being crushed by pressure, 1969
Thor Heyerdahl sets sail from Morocco on the papyrus boat Ra II to sail the Atlantic Ocean, 1970
Maoist guerrilla group Shining Path attacks a polling location in the town of Chuschi, Ayacucho, starting the Internal conflict in Peru, 1980
Lebanon, Israel, and the United States sign an agreement on Israeli withdrawal from Lebanon, 1983
After 18 years as the mayor of Paris, Jacques Chirac takes office as President of France, 1995
Three days of popular protests against the government of Prime Minister of Thailand Suchinda Kraprayoon begin in Bangkok, leading to a military crackdown, 1992
Zaire is officially renamed Democratic Republic of the Congo, 1997
Massachussetts becomes the first US State to legalize same-sex marriage, 2004
The aircraft carrier USS Oriskany is sunk in the Gulf of Mexico as an artificial reef, 2008
Dalia Grybauskaite is elected the first female President of Lithuania, 2009
The brightest lunar meteor impact ever observed is recorded by NASA, 2013
Gina Haspel is confirmed as the first female director of the CIA by the US Senate, 2018
Posted by messymimi at 12:00 AM

Woo hoo. Due warning - gardening gets to be addictive.
I love your bee photo. They are difficult to capture and you got a beauty.
I am not only an aunt but a great aunt - and I try to be a good one (if that makes sense).

We are all waiting to have a much needed hair cut but they are still closed. My hair fringe is getting into my eyes. It got so irritating, I used a scissors to cut the fringe myself.

Oh what tiny weeds you have (but many; mine are big and many) and so pretty flowers. That zucchini is really impressing, mine are still in side waiting - impatiently - for warmer weather.

Love the story - you had me reading it out loud! I got my self some electric hair clippers - I wont be updating mt profile picture any time soon!

I love your flowers. I haven't gotten any this year and I really need to because there is nothing more soothing to the soul than bare feet on grass and hands in soil. - I need a haircut but I'm not ready to face the world just yet. I want to see how many more cases we get or don't get.

Wonderful flowers; and tomatoes too.

Too funny. Our Dad might get one of his remaining hairs cut too. Love all of the blooming beauty!

Wonderful flowers Mimi. As far as a haircut, I will have my head bald. No haircuts for me. Now as far as my toes being cut, I'll do that done. LOL
See ya Mimi and keep safe.

Beautiful flowers, they always make me smile, but especially today since it's dark and cold and rainy here in the midwest.

Your garden is way ahead of ours. Our tomato plants are only a foot high! I love the lilies and bet they smell so good when you sit outside.

I enjoyed all the lovely flowers

I suppose that if you only cut the hair that grew on company time it would be a perfect trim.

Be Well, Be Happy,
A ShutterBug Explores,
aka (A Creative Harbor)

Hmmm . . . I wonder now if there's a way to keep hair from growing during working hours?! Your flowers are lovely! And I can't believe your tomatoes! We've only just been able to put our seedlings outdoors!