Yesterday while talking to Grandma, we began discussing an old friend who'd had multiple surgeries for serious problems.  This turned into discussing people who have multiple cosmetic surgeries and enhancements.

Clothile an' Marie done be discussin' a frien' who be wantin' to have de plastic surgery.  Boudreaux come in an' listen a minnit an' say, "Mais!  Le Bon Dieu done give her de lemons an' she want de medical commun'ty make dem into melons!"

Random from the last couple of weeks, plus the taste of autumn color we get here. 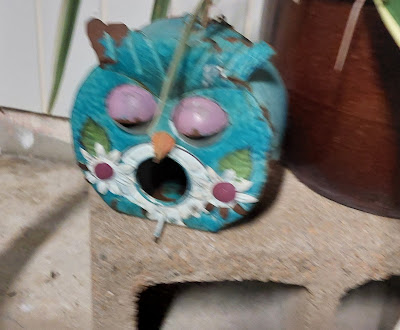 Lighting the Candle of Peace

A young woman may place the twig of a cherry tree in a glass of water today. If it blooms by Christmas Eve, the girl is certain to marry in the following year.

Eid il-Burbara -- Lebanon; Palestine; Syria (where Barbara is celebrated with a holiday similar to Western Halloween)

Upon the death of Carloman, Karel the Great (Charlemagne), his brother, becomes king of all France, 771

The Syrian harbor city of Saida (Sidon) surrenders to the Crusaders, 1110

After 18 years, the Council of Trent holds its final session, 1563

Father Marquette begins to build the first dwelling in what is now Chicago, 1674

Britain abolishes the practice of the "suttee" in India, 1829

The American Anti-Slavery Society is founded in Philadelphia by Arthur Tappen and William Lloyd Garrison, 1833

Oliver Hudson Kelley founds The National Grange of the Order of Patrons of Husbandry, (the Grange), 1867

The first edition of the Los Angeles Times is published, 1881

Lucille Atcherson becomes the first woman legation secretary in the US Foreign sService, 1922

Cecil B. DeMille's first version of "The Ten Commandments" (the one in which he flooded Hollywood Blvd. without permit 3 times to get the Red Sea Scene right, and had to bail his crew out of jail 3 times, too!) premiers, 1923

The Unity Module, the second module of the International Space Station, is launched, 1998

An adult giant squid is caught on video for the first time by Tsunemi Kubodera near the Ogasawara Islands, 1,000 km (620 miles) south of Tokyo, 2006

A new island is discovered in the Arctic Ocean's Laptev Sea and initially called Yaya, 2013

French couture house Chanel ends its use of fur and exotic skins following bans by other companies, 2018