Hanging Around (Awww Monday) and Sparks! 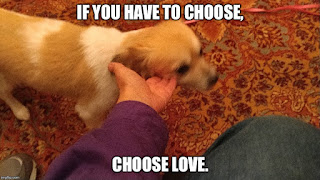 Bögü, Khan of the Uyghurs, conquers Lo-Yang, capital of the Chinese Empire, 762
Zumbi, the last leader of the Quilombo dos Palmares of Brazil, is executed, 1695
New Jersey becomes the first state to ratify the US Bill of Rights, 1789
Curacao's government forbids slave work on Sunday, 1795
Howard University is founded in Washington, D.C., 1866
US State Department starts requiring photographs for passports, 1914
The first municipally owned airport in US opens, in Tucson Az, 1919
In response to the Soviet Union agreeing to remove its missiles from Cuba, U.S. President John F. Kennedy ends the quarantine of the Caribbean nation, 1962
The SETI Institute is founded, 1984
Microsoft Windows 1.0 is released, 1985
The number of protesters assembled in Prague, Czechoslovakia swells from 200,000 the day before to an estimated half-million, 1989
In England, a fire breaks out in Windsor Castle, badly damaging the castle and causing over £50 million worth of damage, 1992
The first module of the International Space Station, Zarya, is launched, 1998
The Dow Jones Industrial Average reaches its lowest level in eleven years, 2008
NATO agrees to begin handing over Afghanistan's security to the Afghan military, 2010
The UN World Meteorological Organization announces the 2011 greenhouse gasses reached record levels, 2012
A vote of the General Synod of the Church of England approves women to be ordained bishops beginning the next year, 2013
Posted by messymimi at 12:00 AM

The cat is adorable! I hope someone nice and loving adopts her soon.

Aww!I am sure a home will be found soon who could resist :-)

That cutie won't have to wait too long. Excellent spark!

With that pose the cat won't wait long for love.

You can't go wrong with love! I hope your family has a joyful, blessed Thanksgiving, my friend! Have a sparkstastical day!

If I were going to celebrate "Name Your Computer Day", I would probably name mine "Maxine". It seems to have the same personality as the cartoon.

Another sweet photo and great post with lots of info ~ thanks, ^_^

Happy Thanksgiving to you,
A ShutterBug Explores,
aka (A Creative Harbor)

awwww this sweet kitty will find a home soon I am sure! Have a lovely Thanksgiving!

Love makes the world go round! And BOTH pictures made me go Awwww
Thanks for the wonderful spark!
Purrs
Marv

Thanks most sincerely for hosting, darling friend, and for sharing your so lovely photo, I'd love to adopt your wonderful cat needing a home, it's s pity I live in Italy!

Wishing you a beautiful Monday and new week,
I'm sending hugs and ever much love to you

Awww on the adorable kitty. I hope it finds a forever home soon. How about today? Great idea.

I love your Spark and I always chose love.

Have a purrfect Awww Monday and may your day be filled with love. ♥

Great quote and precious photo of the cat. Have a blessed day!

I hope this kitty doesn't have to wait too long for a forever home.

Your picture definitely made me go awww, I want to adopt all the cats. Love your spark - so important.

Beautiful kitty and so relaxed. I chose love every day.

I enjoyed your entire post today! Perhaps, we all should adopt a "hammock-y" mindset while waiting for what we really want. And, choosing love is always a safe bet. Thanks for the cuteness today.