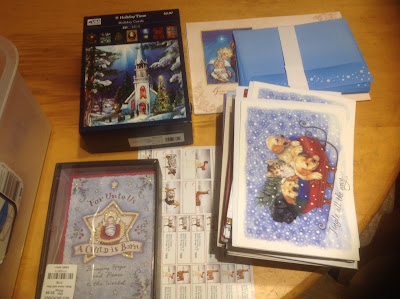 This is part of a serial story, and if you click on the "Alice" page above, you can read the previous segments, with last week's segment at the bottom.

Between the candle’s glow and the small warming fire in the fireplace, Alice was in no danger of being completely in the dark, but she still hated that the electric lights had cut off.  She didn’t express it as such, but the scientist part of her felt almost INVINCIBLE when she was surrounded by even the simplest technology that separated her from the forebears who had hauled water from the old well and used kerosene lanterns.  Not a sense of superiority, but more a gratitude that she had so much more available to her.

She heard a PURRING by her feet and reached down with her free hand to pick up the kitten she’d adopted the week before.  PUNY and underfed, she still wondered how it managed to WANDER up to her house, and it had won her heart with its GOOFY big ears and propensity to ZOOM all over the house, playing with everything it found.

As Alice listened to the “your call is important to us” message from the electric company, wishing they would hurry and take her report of the power outage, she heard another SOUND.  At first she couldn’t tell if she’d really heard it, or where it was coming from.  She set the phone down and with IMMENSE concentration, strained to listen beyond the kitten’s purr.

It came again, and this time it was unmistakeable.  Someone was at the back door.  At first the noises were quiet, then came the noise of a solid KICK to the door.  Someone was trying to break in.

With SUPREME effort not to scream, she got up silently, scooped the kitten in one hand and the phone in the other, and headed for the root cellar.  Not trusting that her relatives would keep their distance as they’d been told to do, she had turned the cellar into what she called a tornado shelter to make it more acceptable.  She had stocked it with emergency food, water, candles, flashlights, even some LINEN, a futon and an emergency toilet in case she ever got trapped and had to spend a night there.

Pulling back the cellar door that was in the floor under the kitchen table, she crawled down a couple of steps and quietly lowered the door.  She threw the bar that would lock her in by the light her phone provided, and hung up on the still not responding electric company.  Dialing 911, she thought to herself, Now even Eugenie cannot PRETEND I’m being paranoid.

Christmas on the River -- Demopolis, AL, US (celebrations Southern style, including a Barbecue Cook-off; through Sunday)

Jews of Augsburg, Germany, are massacred, 1349 (Sometimes, it seems, the more things change...)
King Philip II devalues Spanish currency, 1596 (See above...)
Sir James Jay invents invisible ink, 1775
San Jose, California, is founded as el Pueblo de San José de Guadalupe, 1777
Dessalines & Christophe declare St Domingue (Haiti) independent, 1803
First Italian opera in US, "Barber of Seville" premieres (NYC), 1825
Thomas Edison demonstrates hand-cranked phonograph, 1877
The first motorcycle race ever is held in Surrey, England; the distance was one mile and the winner was Charles Jarrot in a time of 2 minutes, 8 seconds, 1897
The first US patent for inventing the traffic lights system is issued to Ernest Sirrine. 1910
Fire destroys most of the buildings on Santa Catalina Island, California, 1915
Howard Carter opens the tomb of Pharaoh Tutankhamun to the public, 1922
Richard Byrd becomes the first person to fly over the South Pole, 1929
The first surgery (on a human) to correct blue baby syndrome is performed by Alfred Blalock and Vivien Thomas, 1944
The United Nations General Assembly votes to partition Palestine, 1947
Mercury-Atlas 5 Mission – Enos, a chimpanzee, is launched into space, orbits earth twice, and is successfully recovered after splashdown, 1961
Canadian Space Agency launches the satellite Alouette 2, 1965
Nolan Bushnell (co-founder of Atari) releases Pong (the first commercially successful video game) in Andy Capp’s Tavern in Sunnyvale, California, 1972
The United Nations General Assembly passes a resolution stating that Soviet Union forces should withdraw from Afghanistan, 1983
The Czechoslovakian Parliament votes to end Communist rule, 1989
The United Nations Security Council passes two resolutions to restore international peace and security if Iraq did not withdraw its forces from Kuwait and free all foreign hostages by the following January 15, 1990
A 7.4 magnitude earthquake occurs off the northern coast of Martinique, 2007
Pablo Picasso's electrician reveals 271 previously unknown works he claims were gifts from the artist, 2010
NASA announces its space probe MESSENGER has almost certainly found water ice buried beneath the surface of the north pole of Mercury, 2012
Posted by messymimi at 12:00 AM

Purring is a great word and you used it well :-)

Christmas cards are lovely to get but they always seem like a lot of work to send out.

It’s been ten years since I’ve sent out cards, but I suddenly got the urge Saturday and sent a stack out.

I recently took out my yearly collection of leftover Christmas cards that I send. Fun to go through the boxes and pick the right one for each friend

Yes, I should send them out. No letter or insert other than a signature this year.

Lemon pie and chocolates!!! Count me in.

Love your story. You always have me on the edge of my seat with your well written stories.

Oh my. Now I am wondering whether the intruder has something to do with the power being out. I do hope help arrives in time - and am reminded of the old phrase 'just because you are paranoid doesn't mean that someone isn't out to get you'. Another brilliant job.

If she's not just being paranoid, then who is it up there?

Your story is great. I only Christmas cards for those I work with.

An excellent story! Cannot wait to find out who is breaking in!

I thought the Christmas card list in my life would be shorter by now, but it isn't.
Good story you've got going there. Thanks for the read.

have a lovely week!

Oh, my. I remember my brother buying a 45 of I Wanna Hold Your Hand and me dancing my little 3-year old feet off in the living room...
And singing, but I try not to recall my singing in any great detail. At any age. ;-)

It's always fun to get the Christmas cards out again! I have quite a collection of ones left over from previous years because I can never resist buying a new pack if it really appeals to me.