For the First Time In a Year, a rEcess Ten Things of Thankful 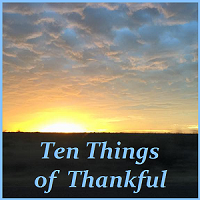 For any who don’t  know, it’s a night when volunteers (including pediatric interns, nurses, special ed teachers, and those who love the program, we have great people!) babysit special needs kids (wheelchairs, feeding tubes, etc.) and their siblings so parents can have a date night.

Yesterday was spent working and setting up for rEcess, and so i am completely behind on blog reading.  Your patience is appreciated and i am very thankful for it, i’m going to start catching up when i get home from cleaning Grandma’s today.  Also, i didn’t get home until after 11pm yesterday, so this is short.

We are thankful for cookies and pizza, playing in the gym, art time, running in the halls, pool and air hockey, movie time and an all around great time for the kids and volunteers.

Thanks to our volunteers as well as to the families and their special children, you are amazing!

We can’t wait until fall when we can start again.  The few pictures i took will be part of my Sunday Selections tomorrow, i didn't have time to add them last night.

Astronomy Day 2021 / Spring Astronomy Day -- sponsored by The Astronomical League; find out what your local astronomy society is doing today, and go enjoy

Feast of Maia and Vesta

Sacrifice day to the Tiber River

Carabao Festival -- San Isidro, Pulilan, and Angono, Philippines (second day and main festival; on St. Isidore of Madrid's Day; the farming communities celebrate their beasts of burden and have them blessed)

Anne Boleyn, Queen of England, is sentenced to death, 1536

Johannes Kepler confirms his discovery of the third law of planetary motion, 1618

Diego Marín Aguilera flies a glider for "about 360 meters", at a height of 5-6 meters, during one of the first attempted flights, 1793

Opening of the first private mental health hospital in the United States, the Asylum for the Relief of Persons Deprived of the Use of Their Reason (now Friends Hospital) in Philadelphia, Pennsylvania, 1817

The United States Supreme Court  declares Standard Oil to be an "unreasonable" monopoly under the Sherman Antitrust Act and orders the company to be broken up, 1911

The Winnipeg General Strike begins; by 11:00 a.m., almost the whole working population of Winnipeg, Manitoba had walked off the job, 1919

In an attempted Coup d'état, the Prime Minister of Japan Inukai Tsuyoshi is killed, 1932

The Moscow Metro is opened to public, 1935

Portrait of Doctor Gachet by Vincent van Gogh is sold for a record $82.5 million, the most expensive painting at the time, 1990

California becomes the second U.S. state after Massachusetts in 2004 to legalize same-sex marriage, 2008

Jessica Watson, age 17, becomes the youngest person to sail, non-stop and unassisted around the world solo, 2010

U.S. scientists develop a device that can generate electricity from genetically-engineered viruses; these piezoelectric materials are a step toward the development of personal power generators, 2012

The US birth rate hits a 32 year low, including a record low level of teens giving birth, 2019

The journal Nature publishes the results of a study from China’s Chang’e-4 Moon rover that suggests the asteroid impact that created the giant crater on the Moon’s far side was so great as to crack the crust and reach the mantle below, 2019