Happy Valentine's Day!  Sweetie and i agreed, only something edible, so he got me some very dark chocolate, and i got him some Seeduction Bread that he likes as much as Grandma does.

We've been together too long to pressure each other about gifts.

An' Boudreaux say, "Dis year, I be lucky, I done hear Clothile on de phone say she like her de accessories, so I done gots her a bag an' a belt."

"Dat soun' like it be de great idea!" Thibodeaux say.

The first two are from Mr. KW's collection of hunting/fishing clothes that i helped sort:

How about the Japanese magnolias/tulip trees, and other flora: 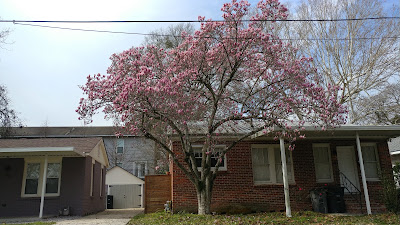 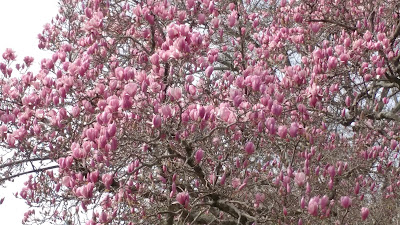 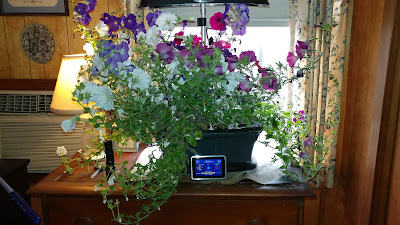 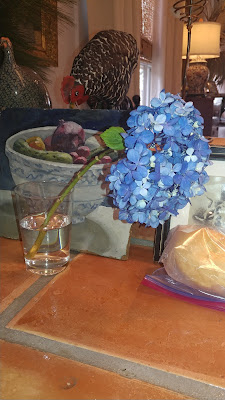 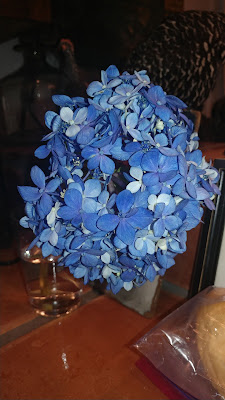 A bit of Mardi Gras, because you cannot suppress it totally (and i may have posted a few of these before, i lose track!): 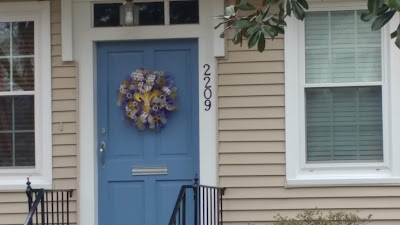 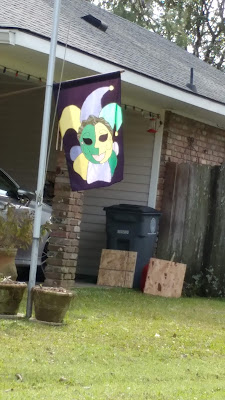 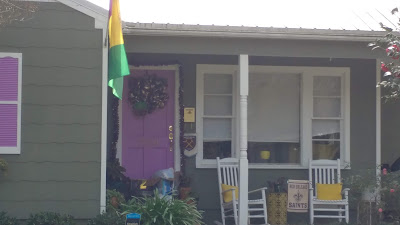 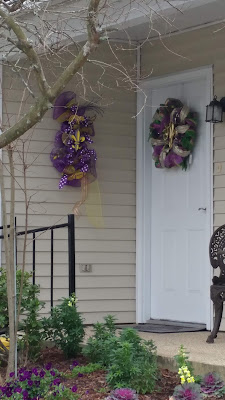 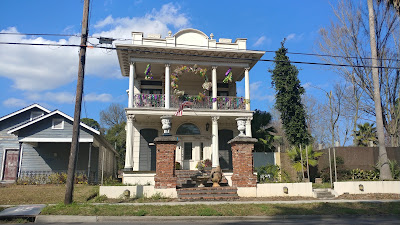 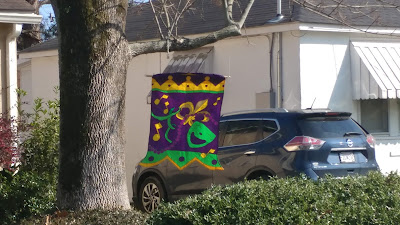 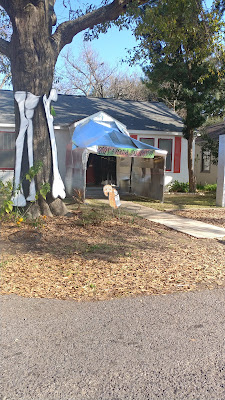 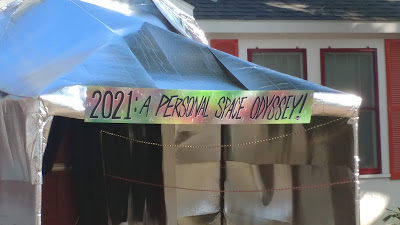 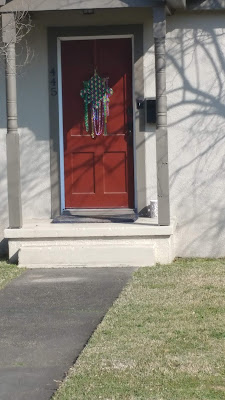 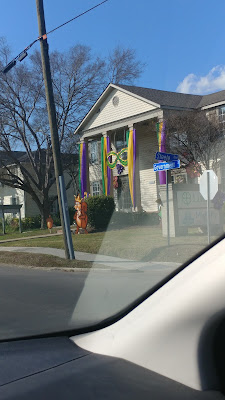 International Flirting Week -- always the Sun-Sat that encompases Valentine's Day; if you are married, flirt with your mate, it's fun!

International Quirkyalone Day -- a day to value your individuality, whether you are partnered or not; for those who prefer to be single and not dating just for the sake of dating

US League of Women Voters formed, 1920

The annals of the monastery of Quedlinburg make the first known mention of Lithuania, 1009

Approximately 2,000 Jews are burned to death by mobs or forcibly removed from the city of Strasbourg, 1349

Roman Catholic emperor Leopold I chases the Jews out of Vienna, 1670

James Cook is killed by Native Hawaiians near Kealakekua on the Island of Hawaii, 1779

John Jervis and Horatio Nelson lead the British Royal Navy to victory over a Spanish fleet in action near Gibraltar, 1797

The apple parer is patented by Moses Coats of Downington, Pennsylvania, 1803

US Supreme Court Chief Justice John Marshall declares that any act of the US Congress that conflicts with the Constitution is void, 1803

The original Quorum of the Twelve Apostles, of The Church of Jesus Christ of Latter-day Saints, is formed in Kirtland, Ohio, 1835

In New York City, James Knox Polk becomes the first serving President of the United States to have his photograph taken, 1849

Esther Hobart Morris is appointed the first female Justice of the Peace in the US, in South Pass City, Wyoming, 1870

A.G. Bell and Elisha Gray both apply for a patent for a telephone; Bell first by only 2 hours, and is ruled the rightful inventor, 1876

The first trainload of California grown fruit, oranges, leaves L.A. for the east,1889

Voting machines are approved by the U.S. Congress for use in federal elections, 1899

The League of Women Voters is founded in Chicago, Illinois, 1920

The Bank of England is nationalized, 1946

The Knesset (Israeli parliament) convenes for the first time, 1949

Element 103, Lawrencium, is first synthesized at the University of California, 1961

The first of 24 satellites of the Global Positioning System are placed into orbit, 1989

Near Earth Asteroid Rendezvous (NEAR) spacecraft becomes first vehicle to land on an asteroid (433 Eros), 2001

JP Morgan becomes the first bank to create its own crypo-currency, JPM Coin, 2019