The shelter got a few of the triangle shaped hammocks, and i wanted to show you these three sleeping in it and how cute they were.  Aw, shucks, i missed it.  As soon as i got the camera poised, Sia and Shea jumped up and dove to the bottom of the cage to wrestle, and Owen, crazy dude that he is, tried to climb the bars of the cage.  That's kittens for you! 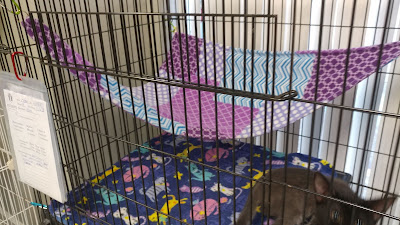 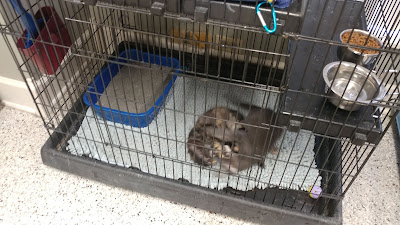 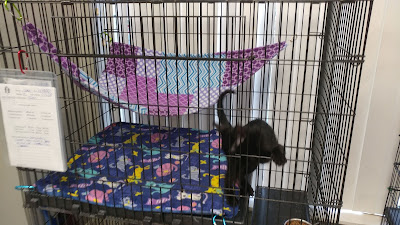 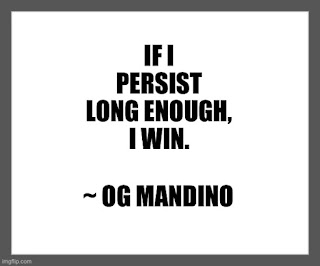 Poetry Monday was started by Diane at On The Alberta/Montana Border.  Jenny at Procrastinating Donkey is on a blog break and is sorely missed.   Charlotte/Mother Owl always participates, and now Karen at Baking in a Tornado is jumping in some weeks, too.  Spike's Best Mate often leaves a wonderful poem in the comments on one of our blogs.

This week the theme is Spunky Old Broads.

i want to be a Spunky Old Broad,

to do the fun things that i want to do

no matter what others will say

i want to swing on the swingset

stay out until two or three

instead of me worry about the kids

make them worry ‘bout me

i don’t want to get into trouble

it’s Spunky, not hell-bent i seek

willing to have adventures

never into the pokey to peek

visiting friends near and far

pulling a trailer to live in

with a big ol’ truck, not a car

whatever i end up doing

i want to enjoy the time

to define for myself what is Spunky

and live my life in rhyme

Festival of Helernus (god of vegetables and the underworld)

formerly celebrated on Feb. 2 as the Imbolc quarter day of the Irish pagan calendar

Teenaged Edward III is crowned King of England, but the country is ruled by his mother Isabella of France and her lover Roger Mortimer, 1327

The Colony of Roanoke Island is established by the landing of Sir Walter Raleigh, 1587

Alexander Selkirk, the inspiration for Robinson Crusoe, is rescued from the uninhabited archipelago of Juan Fernandez, 1709

The Ottoman sultan orders the capture of his unwelcome guest, King Charles XII, resulting in the Kalabalik i Bender (Tumult in Bender), 1713

The first US steamboat patent is issued, by Georgia, to Briggs & Longstreet, 1788

The capital of Upper Canada is moved from Newark to York, 1796

The American Insurance Company of Philadelphia opens, the first such company managed by blacks, 1810

Slavery is abolished in Mauritius, 1835

The first US dental school, the Baltimore College of Dental Surgery, is incorporated, 1840

Auburn University is chartered as the East Alabama Male College, 1856

Morris Raphall of NYC becomes the first rabbi to open the House of Representatives, 1860

Julia Howe publishes the "Battle Hymn of the Republic," 1862

Jefferson Long of Georgia is the first black to make an official speech in the House of Representatives (opposing leniency to former Confederates), 1871

The first auto insurance policy is issued, by The Travelers Insurace Co., 1898

The first US federal penitentiary is completed, at Leavenworth, Kansas, 1906

Four black students stage the first of the Greensboro sit-ins at a lunch counter in Greensboro, North Carolina, 1960

The Hamilton River in Labrador, Canada is renamed the Churchill River in honour of Winston Churchill, 1965

Director Roman Polanski skips bail and flees the United States to France after pleading guilty to charges of engaging in sex with a 13-year-old girl, 1978

The Ayatollah Khomeini is welcomed back to Tehran, Iran after nearly 15 years of exile, 1979

Space Shuttle Columbia disintegrates during reentry into the Earth's atmosphere, killing all seven astronauts aboard, 2003

Johanna Siguroardottir is elected as the first female Prime Minister of Iceland, 2009

Archaeologists announce that the discovery of thousands of previously undetected structures in Mayan lowland civilisation in Guatemala, using Lidar technology, which suggests there was a population of about 10 million, 2018

January 2019 was Australia's hottest month on record according to Australia's Bureau of Meteorology, 2019

Very good poem, it says it all. But working naked day - it must be invented by someone living in the southern hemisphere, I'd freeze my behind off working naked today.

I really like the little hammocks for the cats.

I think that many of us long for the day that we can become spunky old broads.

Nice triangle hammocks for the cute, playful kitties. I too want to be a spunky old broad. Lol! Have a wonderful new week.

Were I to sculpt with melted tupperware, the end result would look as bad as the process would smell - AND, because it's me, I will have burned the beejeepers out of my hands in the process.
I think I'll just relegate the old stuff to planters, tyvm..

Were I to sculpt with melted tupperware, the end result would look as bad as the process would smell - AND, because it's me, I will have burned the beejeepers out of my hands in the process.
I think I'll just relegate the old stuff to planters, tyvm..

Good quote. Never give up take a break maybe, but never give up. For those who do a lot of video meetings we are concerned about the working naked day thing, LOL!

Have a safetastic safe day 😷😷😷

Yep, that's kittens for ya! Cute poem today too.

Kittens are so darn cute and that spunky poem is equally cute. I hope we both can live that spunky life someday making the kids worry for a change. lol

I love the poem about the Spunky Old Broad. That's my type of woman.
I can't go to Sandee's. She froze me out. Oh well.

Awww, kittens always do what they want. So cute. I hope they find a wonderful forever home.

Love the Spark and the poem. I'm already that spunky old broad. I like it too.

Kittens are so much fun. Great spark and poem. I hope you get to live tht life. :) XO

Contrary little kittens! That's a nice hammock though. I think spunky is a good goal - go for it.

You just can't trust kittens to stay put when you have a camera in your hand, can you. A great poem, Mimi, for a wannabe SOB. Maybe you can join the ladies in my poem - I'll be ready to raise a toast and a round of applause.

Hee! Hee! We had to laugh about the kittens! That happens here-a lot! And your spark ROCKS! It was what I needed to here! Have a marvellously Happy Day!

Awwww all those sweet babies- darling little ones- and love your Sparks! Cheers and Hugs!

Kittens are cute, no matter what they are doing!
I'd definitely say you were spunky. AND living your life in rhyme!
(I have to apologize for being so late commenting. Playing catch-up today!)