Since i've been going to the apartment to cat-sit, it's been mostly quiet over there.  Yesterday, though, someone started blaring very loud music in one of the adjoining apartments, and there was some yelling (i think someone complaining and telling the person to turn it down).  The music went off after about 10 minutes and i didn't hear anything else.

Boudreaux done be so tired wit' de noise all de time from de chil'ren, so he done get him a plan.  He call dem over an' he say, "You chil'ren done be so noisy all de time, we gots to get us de handle on all de noise 'roun' here.  So dis be de plan.  We gots de room at de end de hall on de lef' side over dere, an' we gots de room dere on de right.

The cat-sitting is going well, and i have a few photos from there.  The wife is Native American, which explains some of the decor.  Also, sky photos and the rainbow i turned in the middle of the highway and pulled over to catch. 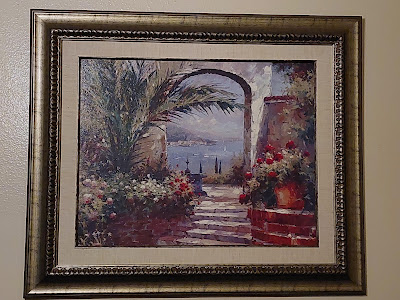 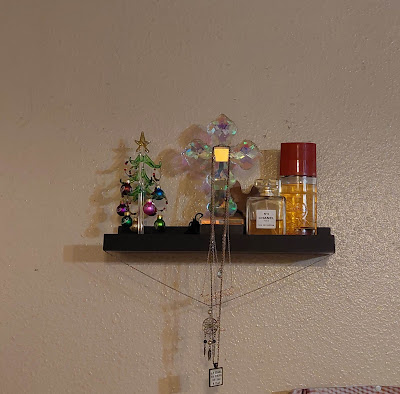 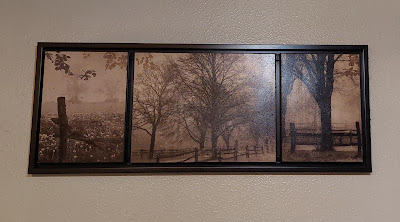 Festival of Jupiter Stator -- Jupiter, Stayer of the Rout, god who helped soldiers especially to stand their ground

Initium Aestatis -- three day festival for the goddess of summer, which season they saw as beginning on this day

Joseph Smith, Jr., founder of the Church of Jesus Christ of Latter Day Saints, and his brother Hyrum Smith, are murdered by a mob at the Carthage, Illinois jail, 1844

The first solo circumnavigation of the globe is completed by Joshua Slocum from Briar Island, Nova Scotia, 1898

Sailors start a mutiny aboard the Russian Battleship Potemkin, denouncing the crimes of autocracy, demanding liberty and an end to war, 1905

The United States decides to send troops to fight in the Korean War, 1950

The world's first ATM is installed in Enfield, London, 1967

The President of Uruguay dissolves Parliament and heads a coup d'état, 1973

Slovenia, after declaring independence two days before, is invaded by Yugoslav troops, tanks, and aircraft, starting the Ten-Day War, 1991

Bill Gates resigns from Microsoft to focus on his charity work, 2008

The first democratic election in the history of Guinea is held, 2010

The science journal Nature publishes an article describing carbon-based molecules, previously only seen on Earth or in meteorites, that were found by the Cassini spacecraft on Saturn's moon Enceladus, 2018

Apple's chief designer, Jony Ive, designer of the iMac and the iPhone, announces he is leaving Apple after 30 years, 2019