The presence of anything unexpected to his right, anything at all, even something as small as a cable wire for a microphone, can cause trouble.

He's blind in his right eye, and that's why.

So when the choir director asked him to go back up into the choir loft and grab something, he turned and went at it with his usual enthusiasm, and ended up with his right foot under that cable wire.

His fall wasn't tremendous, in fact, no one really noticed as he stumbled and caught himself with his left hand up against the wall.

He noticed, and felt something was wrong, and went to the Doc-in-a-Box/Mini ER place we've taken every single one of our children to at some point for everything from strep throat to stitches.

Sweetie has two very fine hairline fractures in one of the metatarsals of his left pinkie finger; he's healing nicely with just a small splint, but no guitar playing for a month, and that's killing him!

Linking up with Denise at Girlie On The Edge Blog, where she hosts Six Sentence Stories, and the cue is Presence.

These two are fences that i believe i've shown before, but the owners (who live next door to each other around the corner from Ms. RW) change things up sometimes and i always enjoy driving by them. 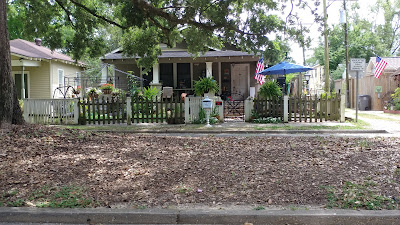 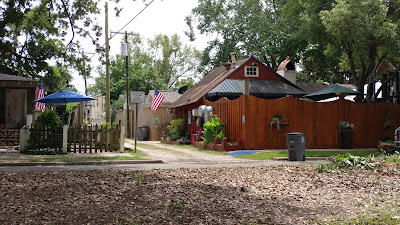 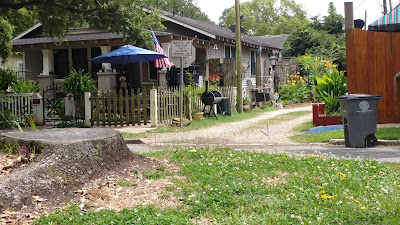 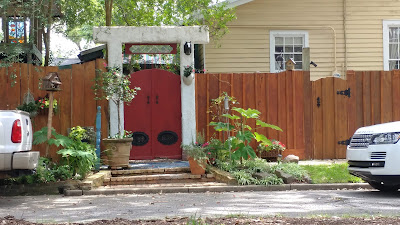 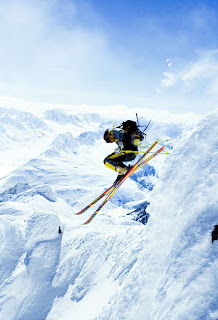 Of course, it looks quite dangerous

That's what gives me a thrill.

What brings me such excitement,

Just gives others a chill.

But that's why I'm a stunt guy,

Love to do what others fear,

And when I make it safely,

I relish the crowd's cheer. Today i am thankful Mike-Next-Door got the lawn mowed without interference from the rain, which looked threatening but backed off.

Fardagar -- Traditional Icelandic Calendar (time when farm workers moved from one farm to another, the time to settle debts, and until the 20th-Century, the day to start the fiscal year; always the Thursday through Sunday of the 7th week of summer)

The poem "Casey at the Bat", by Ernest Lawrence Thayer, is published in the San Francisco Examiner, 1888

The coast to coast Canadian Pacific Railway is completed, 1889

Launch of Gemini 4, the first multi-day space mission by a NASA crew, which included the first space walk by an American, 1965

A blowout at the Ixtoc I oil well in the southern Gulf of Mexico causes at least 3,000,000 barrels of oil to be spilled into the waters, the worst oil spill ever recorded, 1979

USS Carter Hall engages pirates after they board the Danish ship Danica White off the coast of Somalia, 2007

A pageant on London's River Thames marks the highpoint of a series of events celebrating The Diamond Jubilee of Elizabeth II, 2012

Three of the most extremely well-preserved and most complete triceratops specimens ever found are unearthed in Wyoming, 2013