It certainly is the season, summer season, hot and muggy with a side of rain, maybe.

Yesterday started out clear and lovely, at least from indoors in the A/C.

Clouds rolled in, as they often do, some puffy and shiny and beautiful, some very dark gray and menacing, but there were still areas with no clouds, bright and sunny and pretty.

The drops began to pelt my car as i drove home between jobs to pick something up, becoming huge and thick and almost obscuring vision even with the wipers on, although i could see blue skies almost right above me.

As i entered my neighborhood, rain was still falling thick and fast; by the time i got three blocks over to my house, not a drop was falling, the ground was dry as a bone, as the house was under one of those areas of clear blue.

When i tell people i have seen rain in my back yard (especially if i am trying to dry clothes on the fence) while there is none in the front yard, it really does happen that way here sometimes.

Linking up with Denise at Girlie On The Edge Blog, where she hosts Six Sentence Stories, and the cue is Season.

At the "mature living" apartment complex where Ms. S lives, new residents can do some modifications to their units, and some put up fences so they can have gardens.  This fence went up while i was out of town. 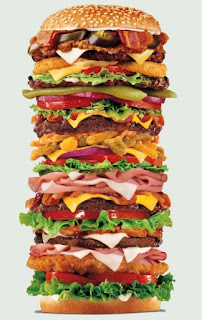 Are you asking me to eat this?

Is this some kind of joke?

If i tried to take a bite of that,

My jaw would end up broke! 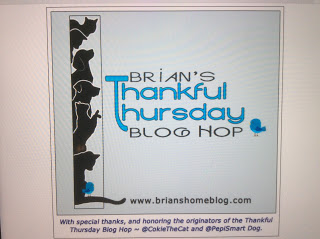 Today i am thankful we have Coda here with us again for a few days.

Jónsmessa -- Iceland (feast of St. John the Baptist, considered a magical night when cows can speak, seals take on human form, finding magical stones and herbs is propitious, and rolling naked in the dew is healing.)

Macau Day -- China (celebrating the defeat of Dutch invasion forces in 1622 and paying homage to St. John as the port's Patron Saint)

Zuni Buffalo, Corn, and Comanche Dances -- Zuni Native Americans (for fertility of land and people; Vespers is also observed, as San Juan is their Patron Saint)

Swing a Kid Day -- if swimming isn't right for you

Thangka Unveiling at Tashihungpo -- Tibet (Buddha Exhibition Festival, in which the large Thangka with the image of Buddha on it is unfolded in public; also celebrated as Amitabha Buddha Day, or the birth anniversary of the Buddha) related observance

A sudden outbreak of St. John's Dance causes people in the streets of Aachen, Germany, to experience hallucinations and begin to jump and twitch uncontrollably until they collapse from exhaustion, 1374

exploration of the region since the Vikings, 1497

Miguel Lopez de Legazpi founds Manila, the capital of the Republic of the Philippines, 1571

The colony of New Jersey is founded, 1664

The first republican constitution in France is adopted, 1793

The decisive battle in the war of independence of Venezuela from Spain, the Battle of Carabobo takes place, 1821

First performance of O Canada, the song that would become the national anthem of Canada, at the Congrès national des Canadiens-Français, 1880

The first airmail service in Canada from Montreal to Toronto begins, 1918

The Soviet Union makes overland travel between the West with West Berlin impossible, 1948

John Isner of the United States defeats Nicolas Mahut of France at Wimbledon, in the longest match in professional tennis history, 2010