Can You Hear Me Now? (Cajun Joke) and Sunday Selections

Yesterday at Grandma and Grandpa's, i noticed that Grandpa is still mostly not wearing his hearing aid.  Grandma has to trek all the way across to wherever he is to tell him whatever she needs to tell him.

While sitting at the table, she reminded him about doing something, and he didn't answer.  She asked, "Did you hear me?" and he noted that yes, he'd heard.  She then complained that he doesn't answer whether he hears her or not, so she never knows!

Boudreaux an' Clothile done be complain' each to de other, since dey both be gettin' hard o' hearin'.  In fact, Tee an' Aline, dey chil'ren, be fussin' at dem, too, wantin' dem to get dey hearin' check out.

"Mais, I done been tellin' you Mère dat she need her a hearin' aid!" Boudreaux done say to de chil'ren.

An' Clothile say, "Dat may be true dat I need me a hearin' aid, but Boudreaux, fo' years I knowed you need you a hearin' aid an' a listenin' aid!"

Sunday Selections was started as a way for bloggers to use photos that might otherwise just languish in their files.  The rules have been relaxed, and it is now simply a showcase for your photos, new or old, good or bad, although nothing rude, please.  It is now hosted by River at Drifting Through Life, but she is taking a blog break and Elephant's Child is keeping the meme warm for her.

The fairy gardens in the sun room keep expanding: 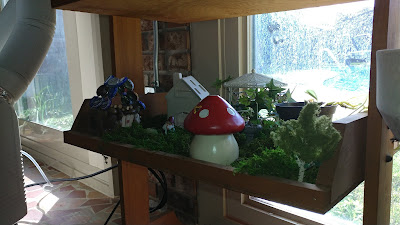 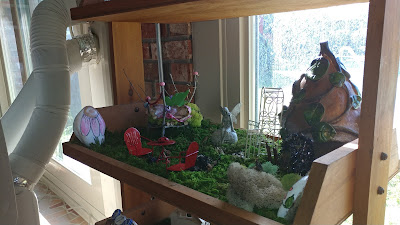 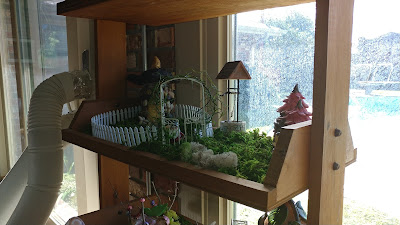 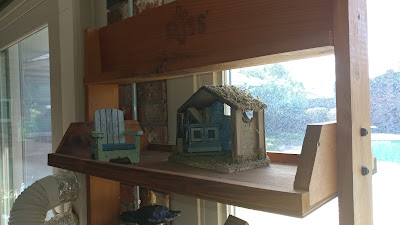 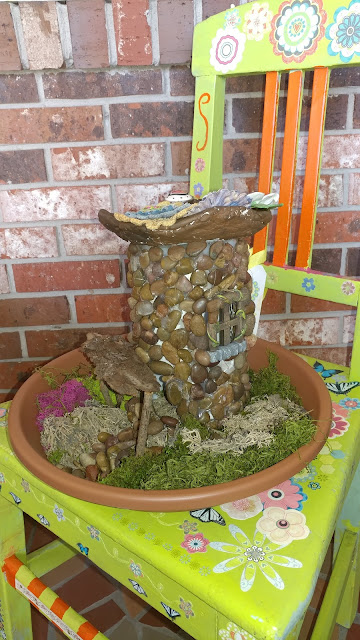 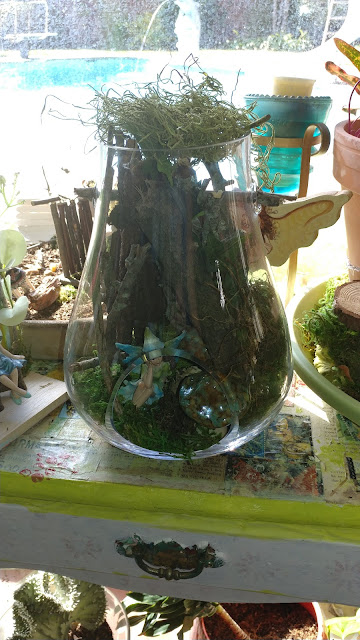 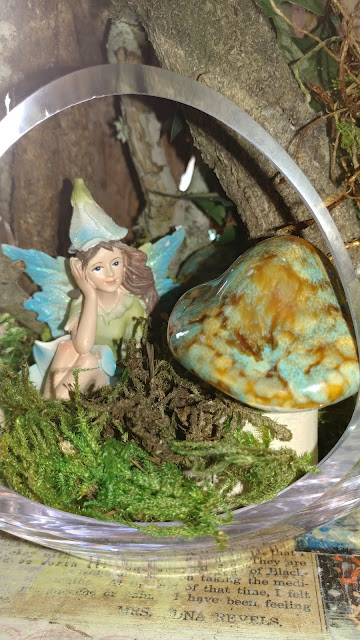 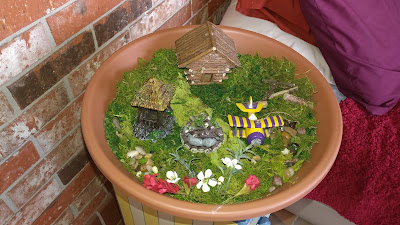 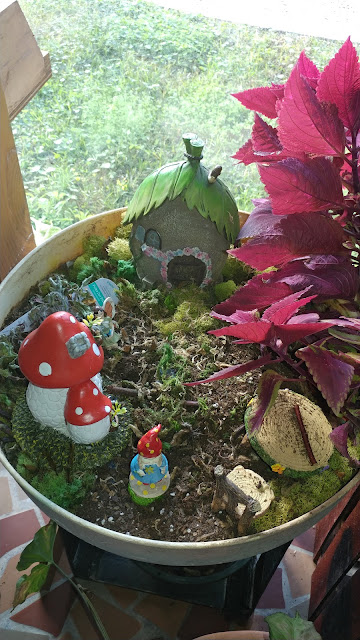 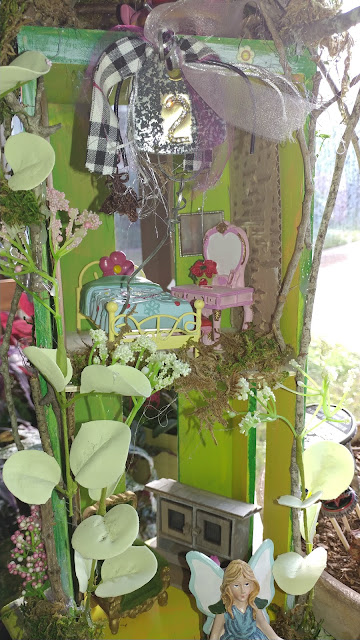 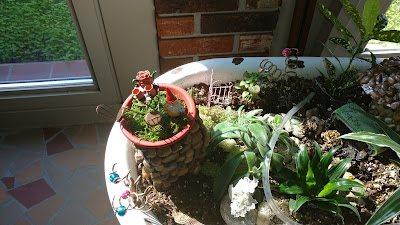 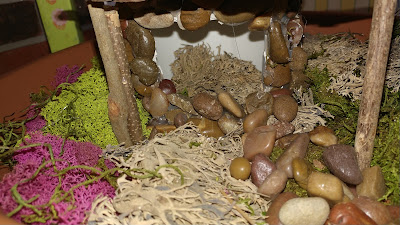 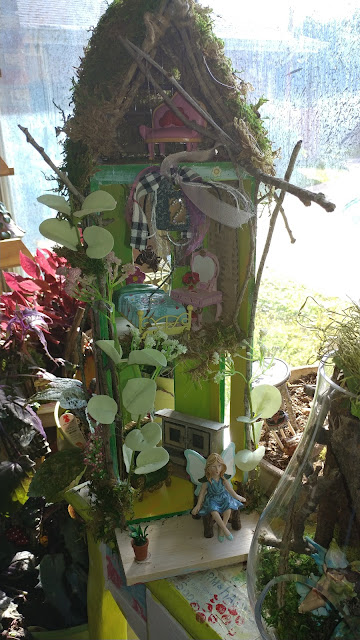 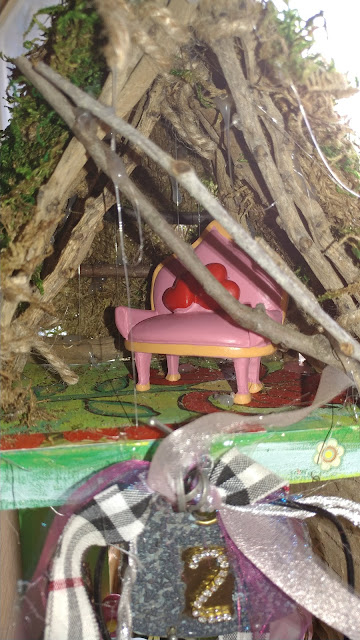 The first elected English Parliament called into session by the 6th Earl of Leicester, and meets in the Palace of Westminster (a/k/a Houses of Parliament), 1265
The present-day location of Rio de Janeiro is first explored, 1502
The Casa Contratacion (Board of Trade) is founded in Spain to deal with American affairs, 1503
The cornerstone of Amsterdam town hall laid, 1648
The third and main part of First Fleet arrives at Botany Bay. Arthur Phillip decides that Botany Bay is unsuitable for the location of a penal colony, and decides to move to Port Jackson, 1788
China cedes Hong Kong to British, 1841
L.A. Thompson patents the roller coaster, 1885
The first full length talking motion picture filmed outdoors is released, "In Old Arizona", 1929
Nazi officials hold notorious Wannsee conference in Berlin deciding on "final solution" calling for extermination of Europe's Jews, 1942
The first atomic submarine, USS Nautilus, is launched at Groton, Connecticut, 1955
Witnesses report sightings of a Bottlenose whale swimming in the River Thames, the first time the species had been seen in the River Thames since records began in 1913, 2006
A three-man team, using only skis and kites, completes a 1,093-mile (1,759 km) trek to reach the southern pole of inaccessibility for the first time since 1958 and for the first time ever without mechanical assistance, 2007
Austria votes to maintain compulsory military service in a referendum, 2013
Posted by messymimi at 12:00 AM