Just because Sandee of Comedy Plus has quit hosting a Silly Sunday blog hop, don't expect me to quit telling Cajun jokes.

Last Sunday i got to the church kitchen just as James was disgustedly trying to get loose coffee grounds out of one of the drawers.

He looked at me and shook his head.  "Look at this!" he said.  "Mr. Al may be in charge, and he may think he knows best, but this is what happens!  He says you are only supposed to use two and a half packets of coffee in the big urns, but then he leaves the open packs in the drawer and it just makes a mess!  Besides, those urns hold three pots of coffee, you need three whole packs for them!"

At that point i added, besides, if you don't use three full packs, the coffee is weak!

"That's right!" James agreed.  "But I can't say nothing.  He's the boss.  He thinks he always knows everything.  I can use three packs when I make coffee, though!"

You do that! i said with a smile.  Then i added, remember, though, that the boss may not always be right, but the boss is always the boss.

This reminds me of one time when Boudreaux be compainin' to Thibodeaux 'bout somethin' his boss lady did.

Den he say, "But I cain't say nothin', cause she be like my wife.  Mais!  Dey got a good mem'ry, dey know ever' t'ing where dey be right an' you be wrong.  In fact, dey mem'ry be so good de be can remember what din't even happen yet!" 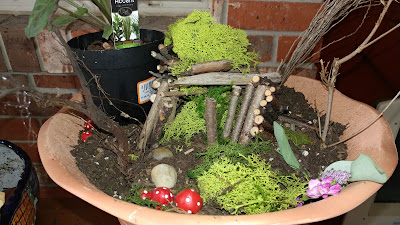 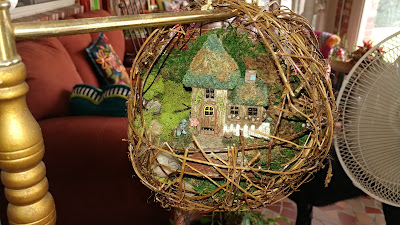 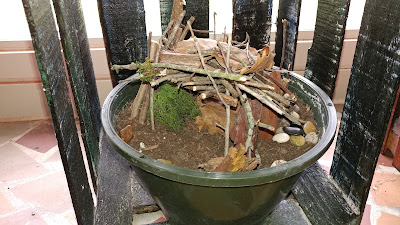 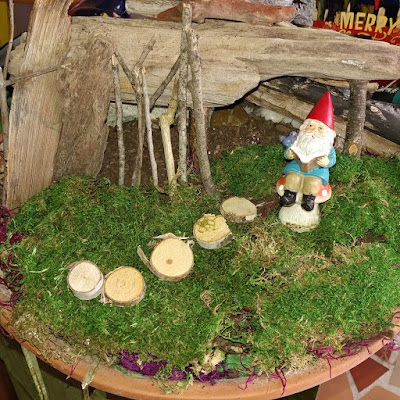 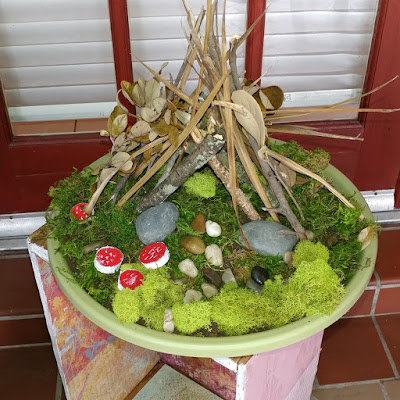 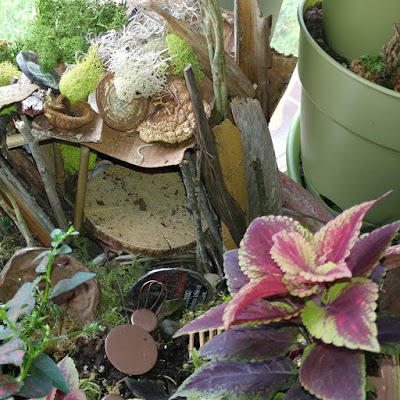 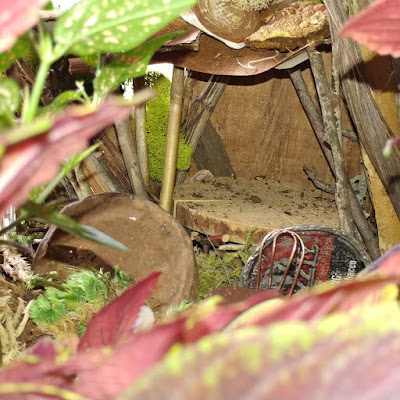 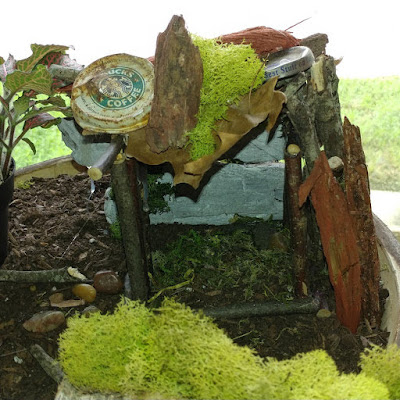 While i was there yesterday, we took a walk up the street picking up more sticks, bark, and moss.  She has filled the sunroom and a good bit of the TV room, and there's no sign of her slowing down.

Birthday of SPB Yang di-Pertuan Agong -- Malaysia (in this elective monarchy, the current king's birthday is usually celebrated on the first Saturday in June, regardless of his actual birth date; moved to September this year so as not to intersect with Ramadan)

Grandparents' Day -- US (but if you have fabulous grands in your family, feel free to observe anywhere)

Homesteader Day Harvest Festival -- Brandon, SD, US (re-creation of the harvest in the pioneer days)

Pet Memorial Day -- US, but everyone who has ever lost a pet, feel free to observe

Pet Rock Festival -- North Grafton, MA, US (a family friendly festival, bringing together animal welfare activists, shelter workers, and families to promote pet adoption and help the public understand what these organizations do)

Rosh Hashanah -- Judaism (begins this evening; through the evening of the 11th)

William I, The Conqueror, dies in a horseriding accident, 1087
The New England colonies declare war on the Wampanoag Tribe, 1675
The first steam engine arrives in the US colonies, 1753
The first recorded black to graduate from a US college, Alexander Lucius Twilight, receives a BA from Middlebury College, 1817
Charles Durant, the first US aeronaut, flies a balloon from Castle Garden, NYC to Perth Amboy, NJ, 1830
The first plate glass photograph is taken by John Herschel, 1839
California becomes the 31st state and the territories of New Mexico and Utah are created, 1850
The Berne Convention for the Protection of Literary and Artistic Works is finalized, 1886
Orville Wright makes the first one hour plane flight, 1908
J. Verdrines becomes the first person to fly at over 100mph, 1912
First actual case of a computer bug being found: a moth lodges in a relay of a Harvard Mark II computer at Harvard University, 1947
Hurricane Betsy makes its second landfall near New Orleans, Louisiana, becoming the first hurricane to do over $1billion in actual unadjusted damages, 1965
The four-day Attica Prison riot begins, 1971
The Palestine Liberation Organization officially recognizes Israel as a legitimate state, 1993
At exactly 01:46:40 UTC, the Unix billenium is reached, marking the beginning of the use of 10-digit Unix timestamps, 2001
The "Ophel Treasure", about 1,400 years old, is discovered near the foot of Temple Mount in Jerusalem, 2013
Posted by messymimi at 12:00 AM