Just because Sandee of Comedy Plus has quite hosting a Silly Sunday blog hop, do not expect me to quit telling Cajun jokes.

In thinking back over the week and all the medical stuff, i am glad i have my next two procedures scheduled for very early in the morning.  When i go in, i need to be done early so that i can get to work after.  If you are not first, you are risking being a lot later than you'd planned.

Boudreaux done be tol' he need him some minor surgery, an' he be tellin' de lady dat do de schedule, "I gots to be firs' t'ing in de mornin'."

Well, dey done talk 'bout one day an' den another, an' Clothile, his wife, fin'ly done ax him, "Boudreaux, what fo' you be so stubborn dat you gots to be firs'?"

An' Boudreaux say, "I wants to be de firs' surgery o' de day, I wants to get in while de knife still be sharp!"

Grandma is either creating new fairy gardens all the time, or refurbishing older ones and changing them up.  It's hard to tell sometimes. 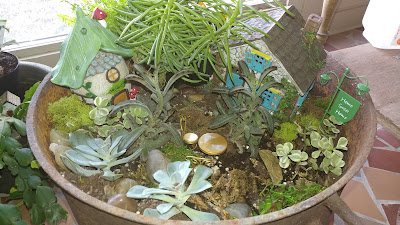 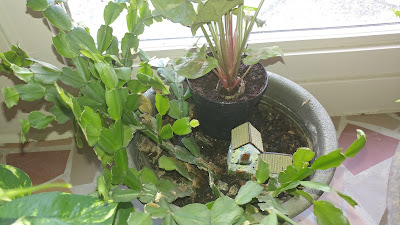 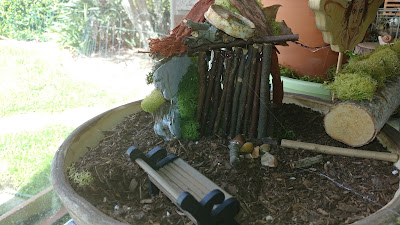 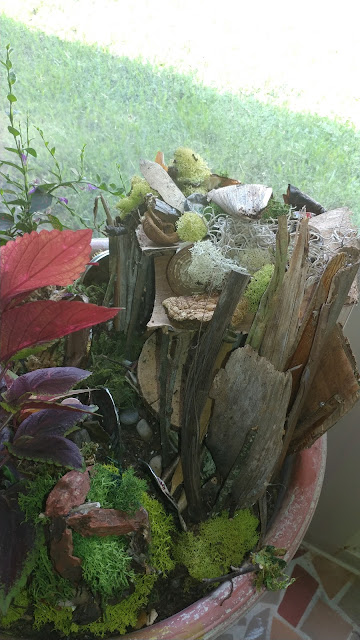 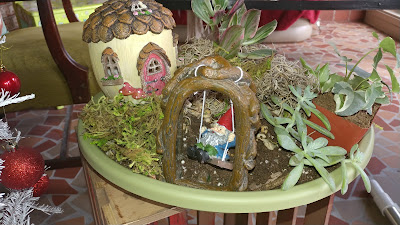 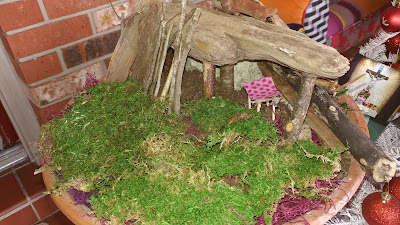 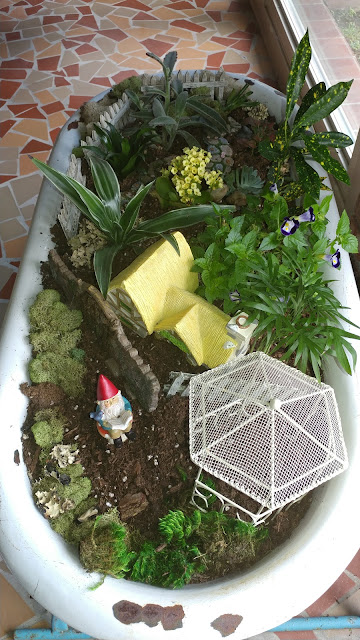 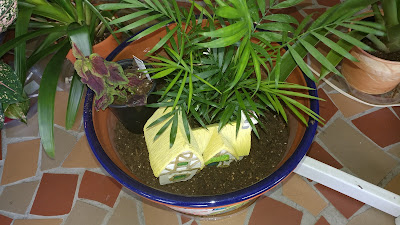 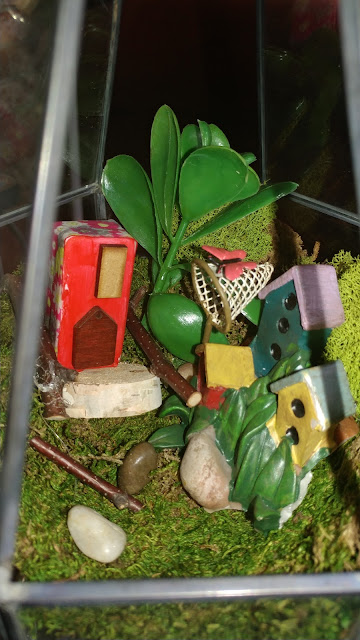 Concord of Worms, 1122
The first major battle of the Wars of the Roses, at Blore Heath in Staffordshire, 1459
First commencement exercises of Harvard College in Cambridge, Mass., 1642
Liechtenstein declares its independence from the German Empire, 1719
John Paul Jones' "Bon Homme Richard" defeats the HMS Serepis, 1779
Lewis and Clark arrive back in St. Louis from their explorations, 1806
The Knickerbockers Baseball Club, the first baseball team to play under the modern rules, is founded in New York, 1845
Neptune is discovered by French astronomer Urbain Jean Joseph Le Verrier and British astronomer John Couch Adams, 1846
Nintendo Koppai, later known as Nintendo Company, Limited, is founded by Fusajiro Yamauchi; it produces and markets the playing card game Hanafuda, 1889
The Phantom of the Opera (original title: Le Fantome de l'Opera), a novel by French writer Gaston Leroux, was first published, 1909
The MS Princess of Tasmania, Australia’s first passenger roll-on/roll-off diesel ferry, makes her maiden voyage across Bass Strait, 1959
Philippine President Ferdinand Marcos announces over television and radio the implementation of martial law, 1972
Juan Perón returns to power in Argentina, 1973
Saint Kitts and Nevis joins the United Nations, 1983
Qantas Flight 1 overruns the runway in Bangkok during a storm; some passengers only receive minor injuries, it is still the worst crash in Qantas's history, 1991
The first public version of the web browser Mozilla Firefox ("Phoenix 0.1") is released, 2002
Hurricane Jeanne strikes Haiti and leaves at least 1,070 dead, 2004
The identification of four genetically different types of breast cancer by researchers is announced, 2012
Posted by messymimi at 12:00 AM

LOVE her creativity.
Being first in the surgical queue makes sense to me. I want the person with the scalpel to be fresh.

Oooh!
Thank you for the reminder about Banned Books Week!

The fairy garden sure is pretty!

The knife is first. I'm still laughing. Have a laughable Sunday Mimi. See ya.

Sunday Selections is great idea! I love those fairy gardens! That's the kind of thing I would do if I had a house and space for plants.

Love the gardens. So adorable.

Have a blessed Sunday and week. ♥

LMAO @ Boudreaux he doesn't get any brighter over the years does he heheh!

I liked the gardens had to laugh at never being able to tell the new or refurbished heheh!

I guess that is a good reason to be first :) I love the fairy gardens.

Love your Cajun jokes! Take care and have a good week!

I too prefer to be first for appointments. Your grandma is very creative in the fairy gardens. Have a great new week!

quotes on thanksgiving and gratitude