Going To The Dogs: Cajun Joke and Sunday Selections

Just because Sandee of Comedy Plus has quit hosting a Silly Sunday blog hop, do not expect me to quit telling Cajun jokes.

While we usually major on cats in this house, we love dogs and have a few of them around.  So i've decided this week is going to the dogs as much as possible.

Boudreaux done be havin' trouble wit' hims new hound dog, Rex, dat he got for to train to hunt wit' Phideaux.  'Most right away he done start havin' him trouble wit' de new dog, it be tryin' to run away an' find it ever' female dog in de parish.

Fin'ly Boudreaux decide he goin' take de dog in to de vet an' get him "fixed."  He done make de 'pointment, an' on dat day he done take Rex in to de vet office.  He check in wit' de reception, an' she ax, "Rex be here for de surgery, right?"

An' Boudreaux say, "Mais, oui!  Dis dog done goin' to make me crazy, so I done brought him to get him put in neutral!"

Ms. R and her husband, Mr. K, love their cat Jumper.  They really love their dogs.  More artwork from their home: 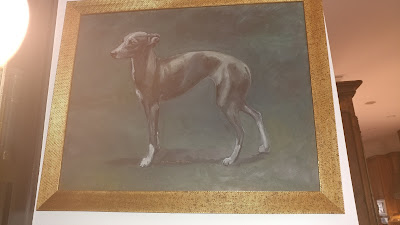 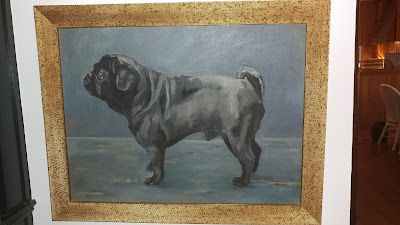 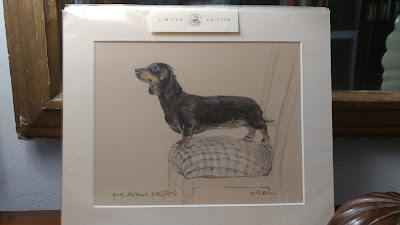 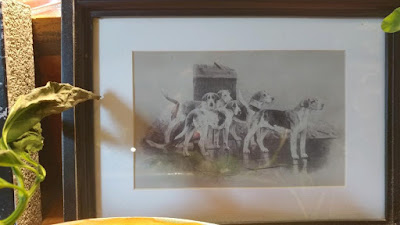 Some of their doggy figurines: 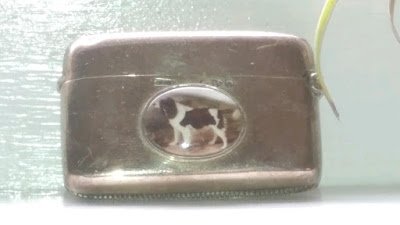 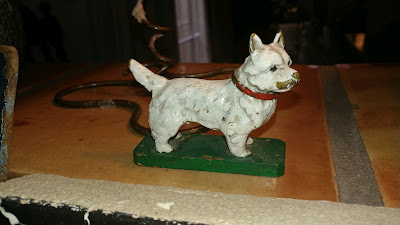 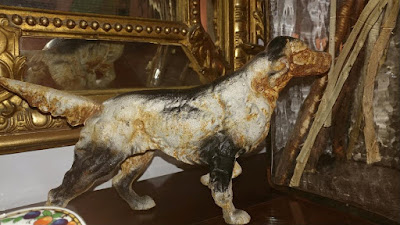 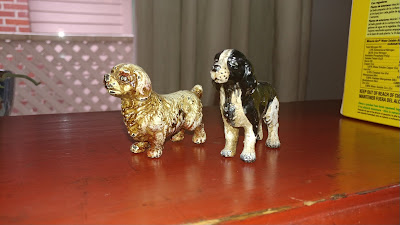 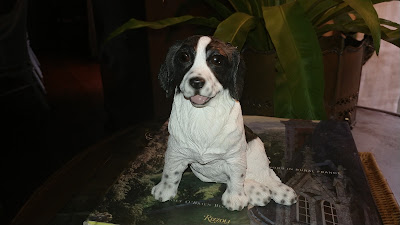 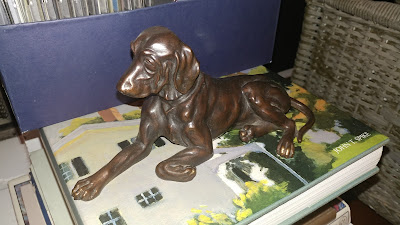 A few pictures of past pets: 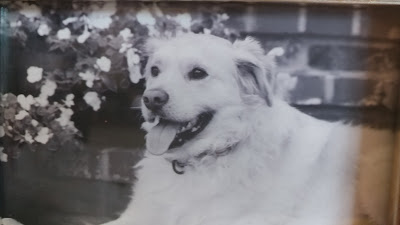 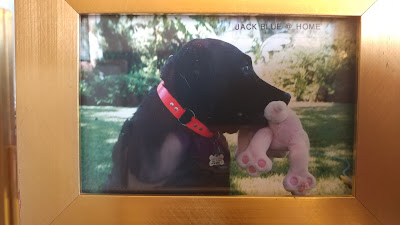 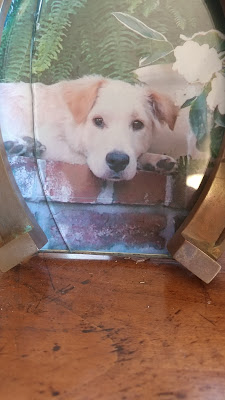 And one of the current residents: 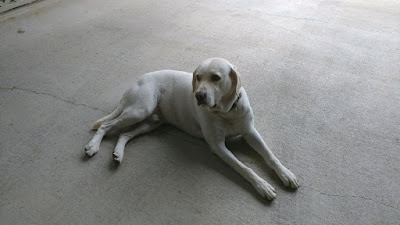 Rambam (Maimonides) authorizes Samuel Ibn Tibbon to translate the Guide of the Perplexed from Arabic into Hebrew, 1199
Anesthetic ether is used for the first time by Dr. William Morton, who extracted a tooth, 1846
German scientist Hermann von Meyer announces the discovery of the first fossil of an archaeopteryx, 1861
The first Portuguese immigrants arrive in Hawai'i, 1878
The world's first commercial hydroelectric power plant begins operation on the Fox River in Appleton, Wisconsin, United States, 1882
Hubert Cecil Booth patents the vacuum cleaner, 1901
The first manned rocket plane flight, made by auto maker Fritz von Opel, 1929
The Islamic Republic of Pakistan and Yemen join the United Nations, 1947
The World Series, featuring the New York Yankees and the Brooklyn Dodgers, is televised for the first time, 1947
The U.S. Navy submarine USS Nautilus is commissioned as the world's first nuclear reactor powered vessel, 1954
James Dean is killed in a road accident, 1955
Mexican-American labor leader César Chávez founds the United Farm Workers, 1962
James Meredith enters the University of Mississippi, defying segregation, 1962
General Suharto rises to power in Indonesia after an alleged coup by communists, and massacres over a million Indonesian people suspected of belonging to the Communist Party, 1965
BBC Radio 1 is launched and Tony Blackburn presents its first show, 1967
Ethernet specifications are published by Xerox working with Intel and Digital Equipment Corporation, 1980
The Dalai Lama unveils the Canadian Tribute to Human Rights in Canada's capital city of Ottawa, 1990
The first images of a live giant squid in its natural habitat are taken 600 miles south of Tokyo, 2004
The controversial drawings of Muhammad are printed in the Danish newspaper Jyllands-Posten, 2005
A case of Ebola virus is diagnosed in Dallas, Texas, US, 2014
Posted by messymimi at 12:00 AM